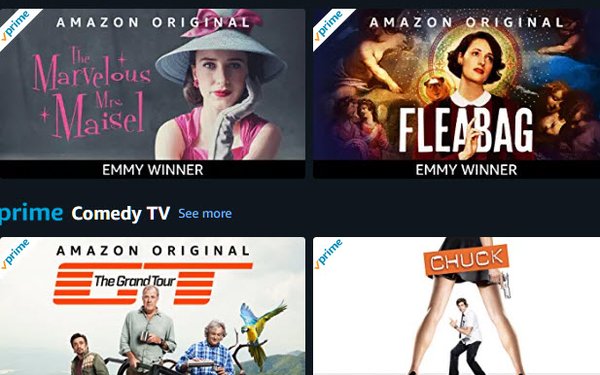 TiVo today launched Amazon’s Prime Video app on some of its pay-TV devices.

TiVo subscribers who are also Amazon Prime members can now use TiVo’s voice remote to search Prime shows and movies from enabled TiVo devices, as well as used TiVo OnePass to pull all episodes of a series together and bookmark them for later viewing.

Amazon, which struck similar deals with Virgin Media and Altice USA this year, is pushing to extend its distribution on traditional video platforms.

Like other pay-TV services, TiVo wants to keep users on its platform by offering access to a variety of popular streaming platforms.

The addition of Prime Video — the country’s second-largest streaming service by number of subscribers — makes thousands of movies and TV shows available to TiVo pay-TV customers, including Amazon Originals such as “Tom Clancy's Jack Ryan” and “The Marvelous Mrs. Maisel.”