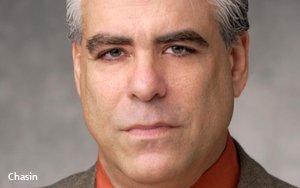 Josh Chasin, the Chief Research Officer of Comscore since 2007, has joined VideoAmp as Chief Measurability Officer, a title and a role that he says reflects the future of the media marketplace.

Chasin, who is the second top Comscore executive to jump to VideoAmp, follows Anthony Psacharopoulos -- who recently joined as senior vice president-vertical sales after 18 years at Comscore, most recently as executive vice president.

The move follows the restructuring of Comscore’s senior management team late last year, following a period of leadership and investor uncertainty that resulted in former Rentrak CEO Bill Livek being named CEO and executive chairman of Comscore. Comscore merged with Rentrak in 2016.

Chasin, meanwhile, says he was attracted to VideoAmp because, in some ways, it’s similar in its growth stage to the version of Comscore’s organization that he joined in 2007: a fast-growing, entrepreneurial organization surrounded with young people and big ideas for the future. He also says he feels like it is an under-leveraged service that he can help break through to the next level based on his experience and expertise.

Before joining Comscore, Chasin held senior research roles in some of America’s greatest traditional media researchers, including Simmons, Arbitron and Nielsen, and is highly regarded in the media research community.

“When I joined Comscore, it was a time when it was transitioning from a startup to a bigger company in its evolution and that was really fun and exciting,” he explains, adding: “I came in and brought the traditional audience measurement expertise and overlaying that component to Comscore, but not messing with what made the great: the tech-savvy that was in their DNA. I wast to do the same thing at VideoAmp.”

A big part of that redirection, he says, will be the way the advertising and media industry are shifting from the concepts of “media research” and/or “audience measurement” to “measurability,” which is what his new title and role reflects.

Chasin, who was privy to top advertising and marketing executives as part of a World Federation of Advertisers initiative recently, says, “What I heard from brands most is the evolution from measurement to measurability.

“Measurement is things like ratings. What we used to have, but what advertisers want to know is how to track their campaigns impression-by-impression to know what device they got sent to, what households were associated with those devices, and what people were behind the screen of those devices, as well as what targeting attributes are associated with them. It’s no longer about what impressions they’ve gotten, but what was the impact of those impressions.”