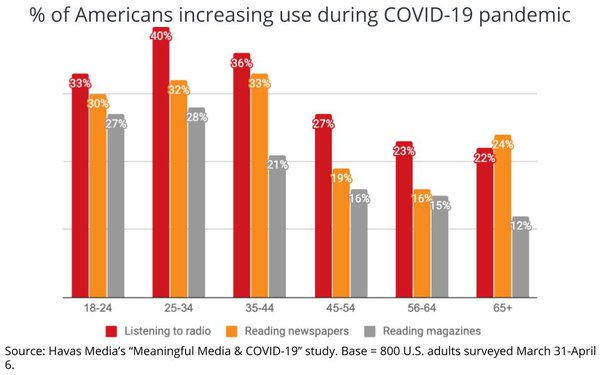 One of the bright sides for the media industry in the current pandemic is that certain legacy media that were being written off as no longer viable -- radio, newspapers and magazines -- are seeing increased usage, especially among younger demographics. That's one of the findings of a new report from Havas Media that draws heavily on a survey of Americans conducted earlier this month.

While the report did not disclose what percentages said they were using these media less or about the same as before, the study, Meaningful Media & COVID-19," shows the greatest gains in consumption are among younger adults.

Havas characterizes this as Millennials "embracing traditional radio and print" during the pandemic, which if true could have some interesting implications for those media coming out of it.

The report, which is a melange of original research, as well as sourcing of a variety of third-party sources and anecdotal verbatim comments from media suppliers, purports to show how some media have become more meaningful than others because of the pandemic, but it doesn't explicitly show hose findings.

It does, however, show that access to "information" has become the "most critical need" post-COVID-19 for most respondents, followed by media that provide "distraction," let Americans "unwind" and offer "escapism" and/or "comfort." 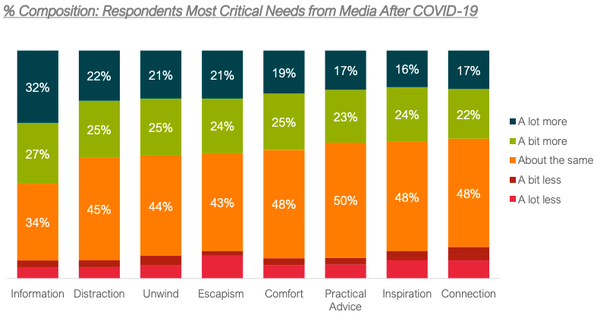