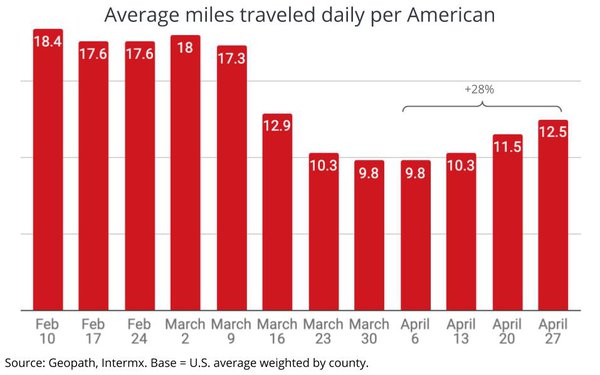 The average American is now traveling 12.5 miles daily -- which, while still well below recent norms, is 28% higher than the low point of 9.8 miles daily for the last week of March and the first week of April, according to data for the week of April 27, released today by Geopath and Intermx.

While the data normally is used for media-planning purposes, it offers an empirical snapshot of the mobility of average Americans grappling with social distancing and various stay-at-home orders.

The new data also reveals that some of the biggest gains have been among the hardest-hit states, including California, Michigan, New York and New Jersey.