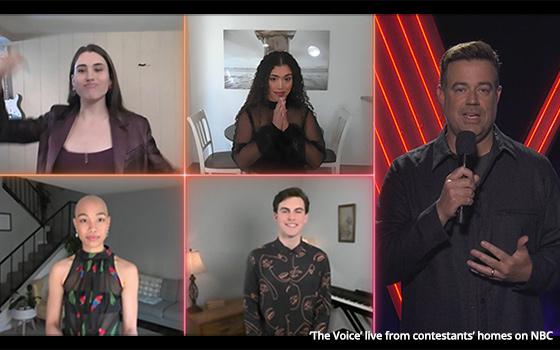 TV advertisers are poised to make massive third-quarter option cuts to their network TV commitments of around 25% due to COVID-19 issues -- estimated to be in the range of $2.5 billion to $2.7 billion -- according to media-buying executives speaking with Television News Daily.

This would be much higher than the 3% to 4% average pullback that typically occurs in a specific quarter where cancellations are permitted.

This disruptive activity for national TV advertising began in mid-March, when marketers either canceled or shifted media money to later in the year due to COVID-19.

A projected $3 billion was shifted out of the second-quarter TV schedules into the third -- with $1 billion of that designated as prime-time money, according to media executives.

A year ago, in the third-quarter period, total national TV advertising spend was roughly $10 billion, with national cable TV advertising at $6.17 billion and broadcast networks at $3.29 billion, according to Standard Media Index.

In the hopes of retaining national TV media advertising money, TV networks have been giving third-quarter option deadline extensions to brand marketers -- beyond May 1 -- for possible cuts of TV inventory placed from July through September.

“Networks are providing extensions pretty freely,” says one veteran national TV advertising executive. “They're doing anything they can to keep clients close to the loop.”

TV marketers typically have a 60-day deadline before the start of a quarter to make any cancellations.

Third-quarter TV network advertising options allow TV advertisers to cut 50% of TV deals committed to in the upfront market the previous year. But historically those actual pullbacks are minor -- maybe 2% to 5%.

Advertising categories that are taking full advantage of option cancellation deal-points in the third quarter include travel, tourism, quick-service restaurants, and retail. Those that are taking fewer option cuts include consumer products, pharmaceuticals, financial, and insurance marketers.

Before COVID-19, third-quarter sellout levels at the broadcast/cable TV networks were estimated to be in the low 60% range of inventory sold. The shift in dollars from the second quarter to the third that boosted revenue brought up sellout levels to an 80% to 85% level, according to media agency executives.

Now, with hefty potential cuts in the works, these could fall back to low 70% levels.

Major TV broadcast network representatives had no comment or did not respond to Television News Daily by press time.

Andy Donchin, chairman of Dentsu’s Amplifi unit,, in speaking to UBS Global Research last month, estimated 20% to 25% of the TV marketing budgets had been cancelled for the second quarter with another 20% to 25% having been shifted to later in the year or into 2021.