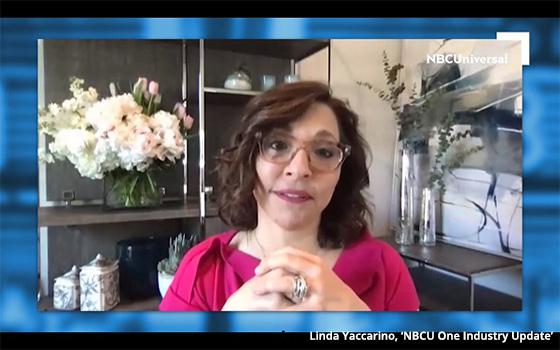 Pictures and video of people at home have become the dominant category of imagery in our visual media now, some two-plus months into the homebound restrictions gripping the nation resulting from the COVID-19 pandemic.

People are seen at home on countless commercials -- cavorting with kids and pets, doing crafts, cooking, making gestures to salute health-care heroes and other activities.

Some of it may have been produced especially for some of these commercials, and some of it might actually be real people who filmed themselves and their family members on tablets or smartphones. There certainly is no shortage of such material; social media is full to bursting with it.

News anchors and reporters are seen broadcasting from home. The late-night shows have been doing homebound shows since March.

Anyone who uses Zoom in their professional or personal lives has become accustomed to that imagery too -- basically, friends, relatives or colleagues seen from the chest up in a home environment, some neat and orderly and some not.

Some might be tired of all the in-home video dominating our television and computer screens lately. But at the same time, most of us realize there is little choice but to do it this way.

With that in mind, we can add the network upfront selling season to the ever-expanding world of at-home business and personal communications today, as NBC Universal mounted a live-stream event it carefully positioned as not-an-upfront on the very day -- Monday, May 11 -- when the company would have put on its annual upfront at Radio City.

While the living spaces of various NBCU research and sales execs (such as NBCUniversal Chairman of Advertising and Partnerships Linda Yaccarino, pictured above) will never be confused with Radio City Music Hall, NBC’s not-an-upfront did nevertheless contain some elements common to NBCU upfronts.

These included the introduction of new sales and research tools designed to help steer the company’s advertising partners toward multiple NBCU platforms.

As it has done at the outset of the upfront selling season for several years now, NBCU positioned its entire portfolio of platforms -- broadcast, cable, Internet -- as one, in this case, one industry. The company’s anti-upfront was titled “NBCU One Industry Update.”

Tina Fey and Ted Danson … the more things change, the more they stay the same, right? One hopes the actual show is better than the clip montage.

The fact is, NBCU was likely onto something when it decided not to call its live-streamed event an “upfront,” even if it was timed, presumably, to coincide with the start of the upfront selling season.

As a matter of semantics, this live-stream from various living rooms was not an “upfront” in the very traditional and obvious meaning of the word. Upfront presentations are big shows staged in big places with the networks’ biggest stars. This was certainly not that.