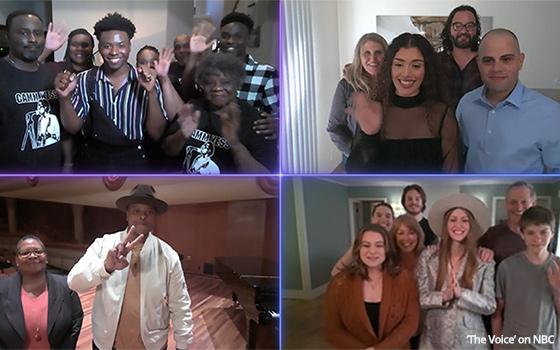 Although NBC has recently made specific cutbacks on commercial time and clutter due to advertising pullbacks, it has not clarified what programming will look like in the fall.

Speaking at its "One Industry Update” on Monday -- in lieu of a traditional, annual upfront programming event -- Mark Marshall, president of advertising sales and partnerships at NBCUniversal, said: “Today is not our programming announcement.” He added: "We just don’t have a crystal ball about what will happen.”

“We are still committed to bringing it way down,” says Laura Molen, president of advertising sales and partnerships at NBCUniversal. In addition, she says, “we are going to find ways to minimize clutter” -- the number of commercial messages within a given pod.

For instance, NBC is looking at cutbacks of 15-second commercials on linear TV. “Too many 15s, in the wrong place, just doesn’t work.” However, Molen concedes that 15-second spots still work well in digital media.

Along with new business adjustments due to the COVID-19 pandemic, NBCUniversal and its European broadcaster sister company Sky, are starting a global advertising business effort.

NBCU and Sky reach an audience spanning more than half a billion viewers every month in more than 160 countries, giving marketers global scale, live and on-demand.

Also NBCUniversal is launching a “virtual” creativity summit this summer, for talent -- in front of and behind the camera.

As part of its One Platform, NBCU’s media planning/buying unit, NBCUniversal is starting Product Synch, which uses its AdSmart audience data to make recommendations about the best places for a marketer’s product to appear.

This would include all types of advertising messaging -- in custom content, storyline integrations, and product placement.