Google Cracks Down On Battery- And Data-Draining Ads In Chrome 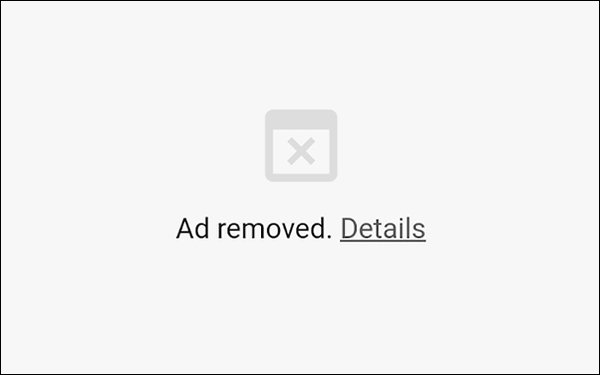 Google’s Chrome browser plans to start blocking ads that take too many resources to serve up after discovering some drain the battery or eat up network data without the user knowing about it.

Poorly programmed ads -- those that are not optimized for the network of mined cryptocurrency -- can drain battery life, saturate already strained networks and cost money. Google calls this an "intervention."

Advertisers have until the end of August to fix the issue, Google announced Thursday.

“To save our users’ batteries and data plans, and provide them with a good experience on the web, Chrome will limit the resources that a display ad can use before the user interacts with the ad,” Marshall Vale, a Chrome product manager, wrote.

Google will inform the user when the ad has used too many resources by navigating the ad's frame to an error page.

To determine the threshold limits for the unloading, Google measured the ads that Chrome identifies. The most egregious ads were targeted, defined as using more CPU or network bandwidth than 99.9% of all detected ads for that resource.

Chrome set the thresholds to 4MB of network data or 15 seconds of CPU usage in any 30-second period, or 60 seconds of total CPU use, Vale explains.

“While only 0.3% of ads exceed this threshold today, they account for 27% of network data used by ads and 28% of all ad CPU usage,” he wrote.

To help advertisers understand the impact, Google will release a report to learn more about the ads that Chrome unloaded.