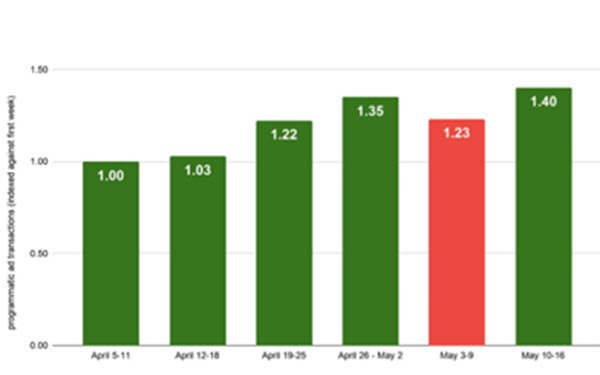 After declining by 14% in March, over-the-top/connected TV advertising transactions were up by 40% during the week ended May 16 compared to the week ended April 11, according to the latest COVID-19 performance report from ad fraud prevention firm Pixalate.

The company, which analyzed programmatic advertising activity across more than 300 million OTT/CTV devices, uses programmatic transactions as a proxy for ad spend in the report. App category information was derived from the Roku Channel Store. 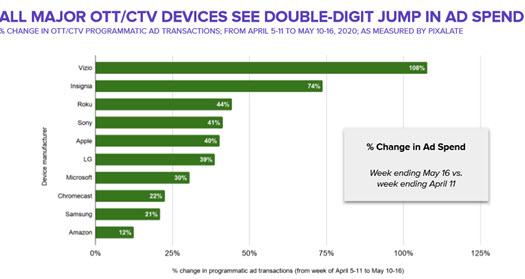 In addition, apps in the “kids and family” category on Roku saw a 128% increase in programmatic ad spend. 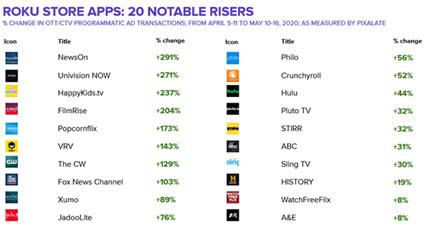 "After pulling back ad spend in March, OTT/CTV advertisers appear to be reinvesting in the ecosystem as consumers continue to stay home," said Jalal Nasir, CEO of Pixalate. "All major device types saw ad spend gains in April and May, a promising sign that that OTT/CTV ad landscape is quickly regaining its footing."