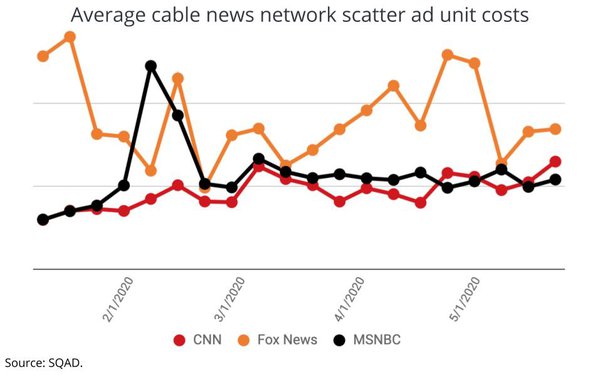 On average over the 13-week period, CNN and MSNBC trended slightly higher scatter pricing versus the previous TV news period (January and February), with Fox News slightly down.

All this comes as cable TV news networks continue to show spikes in viewership due to COVID-19 pandemic news reporting --- and more recently from the civil unrest in more than a dozen major cities following the death of George Floyd in Minneapolis. 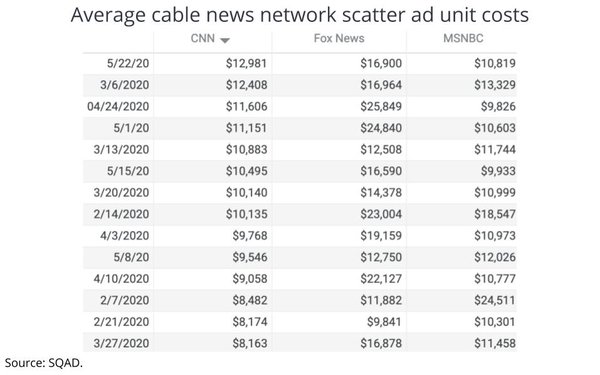