Apple To Require Apps To Seek Users' Permission For Tracking 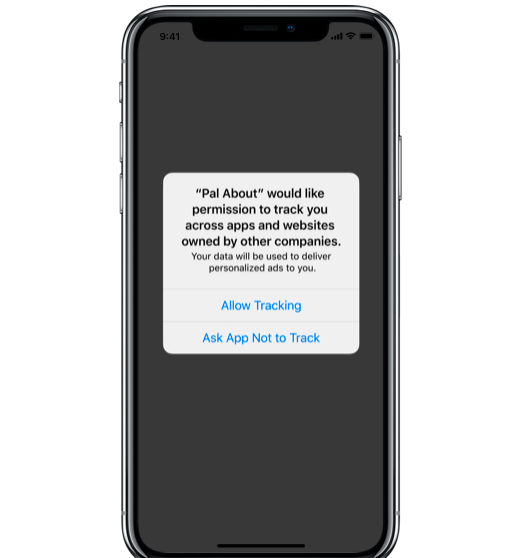 Apple's upcoming operating system, iOS14, will offer new privacy features, including one that could make it harder for ad-tech companies to track users.

With the new operating system, Apple will inform consumers when an app wants to track them for ad purposes, and will ask people to either allow or prohibit tracking by that app. iOS14 is expected to roll out in September.

The new system, like previous ones, will include Apple's “identifier for advertising” -- an alphanumeric string that allows developers to track mobile users across different apps.

Apple consumers have long been able to prevent advertisers from using that identifier (IDFA) for ad targeting by activating the "limit ad tracking” option, but that control was buried in the privacy settings. The new operating system will make it easier for app-installing consumers to block tracking by displaying a permission screen that asks them to either agree to tracking or reject it, on a case-by-case basis.

"And boom, Apple announces -- IDFA will be opt-in, users can be asked once via the permission dialogue to accept tracking for advertising," Polonetsky tweeted.

“We are concerned that this proposal, which requires consumers to opt in to advertising individually for every app, will create unnecessary confusion and lead to economic hardship for app developers,” NAI president and CEO Leigh Freund stated Tuesday. “This will likely cause a dramatic decrease in the availability of apps.”

She added: “If fewer consumers opt in to the use of anonymous data to support advertising, app developers will be forced to charge consumers for their apps, as well as in-app content, to offset lost advertising revenue.”

The new operating system will also give users more options regarding location tracking. Specifically, the system will allow consumers to share "approximate" locations, as opposed to precise ones.