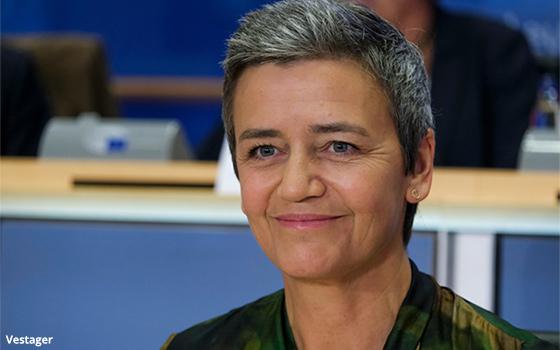 Margrethe Vestager, the executive vice president of the European Commission, detailed a plan of how the EU intends to define new legal boundaries for tech companies, rather than just applying existing laws for areas such as antitrust regulation.

The goal is to quash anticompetitive behavior in companies such as Google, Amazon and Facebook, among others. This would mean that the companies pay more taxes and take more responsibility for illegal content on their platforms, reports The Wall Street Journal.

While the plan likely will require more than one piece of legislation, Vestager has the experience to see it through.

Vestager, who is in charge of competition and new legislation for the digital sector, sits behind prior record fines on Google, and also ordered Apple to pay Ireland $14.5 billion in allegedly unpaid taxes in 2019.

The hope is that her plans will more tightly regulate tech companies worldwide, not just in the EU.

There are three separate pieces of new legislation that are expected to be presented by the end of this year, including one that prohibits a company from using its dominance to squash smaller rivals. It is inspired by the three EU antitrust cases against Google that brought fines totaling more than $9 billion.

Another piece of legislation would address the platforms' content liability.

The EU’s current ecommerce rules date to the year 2000.

The EU will not demand that platforms be liable for each and every post or counterfeit product, but rather that they would be a way for businesses and individuals to appeal and be compensated when posts and ads are taken down.

It also would require platforms, regardless of where they are based, to establish themselves as European businesses, so they must follow the same set of rules.

The EU also is considering establishing its own digital tax after the Trump administration and European countries such as France reached a standoff on the topic.