Why The Most Important New Industry Acronym May Be RCT

It’s been a while since I’ve been at an industry presentation where someone invoked the old chestnut -- usually attributed to Philadelphia retailer John Wanamaker -- that “half the money I spend on advertising is wasted; the trouble is I don’t know which half.”

And if a new initiative backed by the Advertising Research Foundation (ARF) works out, it’s possible nobody will ever repeat it again.

The initiative, which is already underway and backed by at least two big media-buying organizations -- Horizon Media and Dentsu Aegis Network’s Merkle -- seeks to operationalize a more scientific method of proving which ads and media exposures are not wasted.

The method, known as “randomized control testing” -- or what will likely become the acronym du jour on Madison Avenue for the next several years, RCT -- goes beyond classic marketing and/or media-mix modeling and so-called attribution systems, to scientifically correlate and measure the effect of actual advertising.

“This really gets to the heart of the business of advertising and the job of the marketer,” Rick Bruner explained to me during a “pre-brief” of the project, which is being unveiled today.

Bruner, the CEO of Central Control, is one of the researchers leading the initiative, which was kick-started by an ARF session last year exploring the concept of RCT, and which has grown into a collaboration between the ARF, Central Control, Bill Harvey Consulting, 605, Horizon, Merkle, and at least one other big media-buying entity that Bruner could not disclose yet.

“The business of advertising really is causal effect,” Bruner continued, adding that the reason advertisers spend money on advertising “is to change behavior and change attitudes of the buying public and we know that correlation is not causation. But the measures that advertisers have by-and-large relied on for many years, measure correlation.”

Those correlations -- especially mix modeling, which became popular among big consumer packaged goods TV advertisers in the mid-1990s, as well as an evolution of modeling and attribution systems that have glutted the marketplace today -- are still only assumptions of actual causation, and the more complex the marketing and media environment become, the “messier they get,” ARF chief Scott McDonald added during our briefing.

By utilizing more sophisticated RCT, McDonald and Bruner said they believe the ad industry can create empirical evidence that specific forms of advertising and media caused actual effects and outcomes. That knowledge, in turn, could be used to help inform mix models and attribution systems that rely on assumptions and correlations to make them better.

Why now? Because there have been considerable improvements in marketing science in recent years, especially among the big walled garden platforms that -- in McDonald’s words -- “have gotten very good at being able to isolate a marketing vehicle and test-and-learn, test-and-learn, within a single sign-on environment.”

By single sign-on, McDonald means the behaviors of individual users of those platforms can be tracked based on their exposure to advertising and how it explicitly influences their behaviors.

The goal of the initiative, McDonald said, is to create a set of best practices that marketers, agencies and the media can utilize to create their own scientific experiments. As part of that, the initiative is executing its own “proof-of-concept” study, which is just now getting into the field and is what Horizon, Merkle and the other undisclosed media-buying entity have signed up for.

McDonald and Bruner expect other marketers and agencies to get involved before it is fully deployed and yields results later this year, but the basic idea is to enable those partners to test the explicit end-to-end impact various forms of advertising and media have on known individuals.

To do that, they said, will require working with “addressable” media, including both digital, as well as authentic addressable TV advertising systems capable of delivering targeted advertising to specific people, on an anonymized, privacy-compliant, opt-in environment.

They would not disclose what platforms they are working with, but implied that they would include major walled garden and addressable TV advertising companies.

If all goes as expected, McDonald said the ad industry will finally be able to answer Wanamaker’s question sometime in the second half of this year. 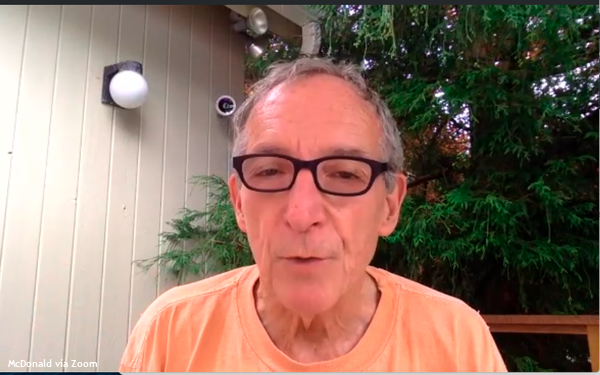