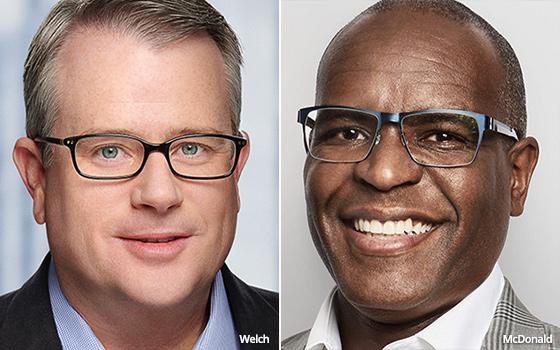 McDonald was Xandr’s chief business officer, and had also been serving as interim head of the business since Brian Lesser resigned as its CEO in March 2020.

McDonald is being succeeded as head of Xandr by Mike Welch, currently the unit's executive vice president, product and business development.

The moves are the latest in a series of senior-management changes for both organizations.

At GroupM, McDonald will oversee the U.S. and Canadian operations of media agencies MediaCom, Mindshare, Wavemaker and Essence, with combined media billings of about $17.6 billion. He will be reporting to Christian Juhl, who became GroupM’s global CEO last October.

Prior to Xandr, McDonald served as president of PubMatic, and in management roles at Time Inc. and CNET Networks, among other companies.

In his new role at Xandr, Welch will report to WarnerMedia Chief Technology Officer Richard Tom.

McDonald had been reporting to Gerhard Zeiler, WarnerMedia’s chief revenue officer and international president. Zeiler was charged with overseeing all advertising responsibilities across AT&T this past April, after John Stankey was elected to succeed Randall Stephenson as AT&T’s CEO, and Jason Kilar was named CEO of WarnerMedia.

Following those appointments, AT&T announced that Xandr would be merged into its WarnerMedia entertainment division.

Lesser — a longtime WPP technology and media executive who had himself been GroupM’s CEO North America before Stephenson brought him into Xandr in 2017 — reportedly decided to leave Xandr this year after learning that he would not get the WarnerMedia CEO job.

In September 2019, as AT&T began seeking to achieve closer coordination between and align the strategies of WarnerMedia’s advertising operations and Xandr, Xandr’s then-president, Rick Welday, left. At the same time, then-CEO Lesser was shifted from reporting to Stephenson to reporting to Stankey, who had just been promoted to president and COO of AT&T.

Xandr was formed in 2018, when AT&T bought the buy-side platform AppNexus for $1.6 billion.

In April, just before Lesser’s departure, Xandr announced that it would begin offering the linear TV ad inventories of Walt Disney and AMC Networks, as well as WarnerMedia.

Other buyers can now access those networks’ linear inventories through their private marketplaces (PMPs) via the Xandr Invest platform, meaning that the networks can offer buys that combine standard linear and advanced targeted audiences.

In its second-quarter earnings call, AT&T reported that Xandr’s revenue fell 25.4% versus the year-ago period, to $362 million.