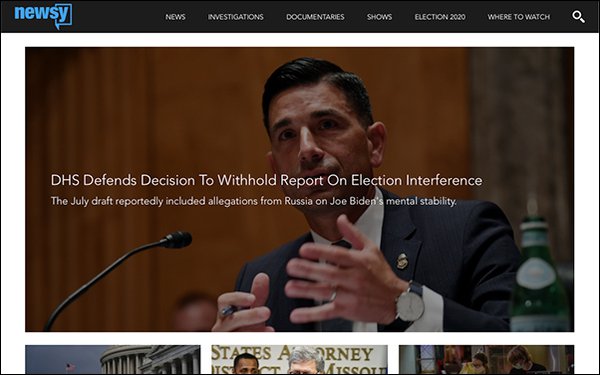 Newsy has extended its mobile reach; it's now streaming on Amazon's news app.

The 24-hour live video news brand, targeting millennials and Gen X, was purchased by Scripps in 2014. The OTT platform, also available at newsy.com, will offer “Top Stories by Newsy” to Amazon.

Amazon’s news app is free. No log-in or subscription is required.

“Launching Newsy on the Amazon news app is an important way for us to reach the tens of millions of engaged customers who use Fire TV and Fire Tablets devices to access their news,” stated Brad Samuels, Newsy’s vice president of content distribution.

Viewers click on the “News” icon on the app and search for the “Top Stories by Newsy” live stream. There is a preference section where users can customize their news.

It’s also available on Amazon rivals, including Hulu, Apply TV and Pluto TV, as well as the streaming apps of more than 30 local Scripps TV stations.

In late May, Newsy kicked off “In The Loop with Christian Bryant,” airing Monday through Thursday, and targeting viewers 25 to 54.Zach Toombs, executive producer for “In The Loop,” told Television News Daily the show “captures what it’s like to live online in the pandemic era.”