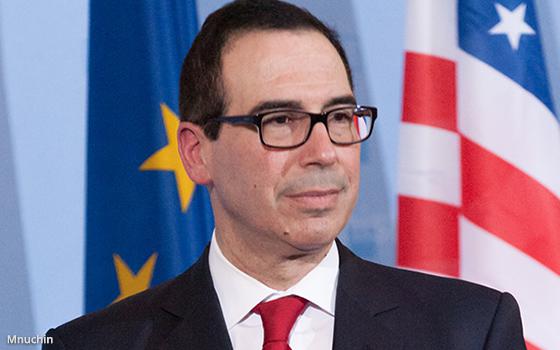 Reports surfaced late Sunday that Oracle had won the bid for its U.S. operations after Microsoft announced on its website that it had lost.

Reportedly, Oracle is set to announce TikTok as a “trusted tech partner” in the U.S., rather than the deal being called an acquisition or sale.

Mnuchin spoke to CNBC after it was reported that Oracle had won the bid for the U.S. operations.

The Committee on Foreign Investment in the U.S. will review the deal and a recommendation will be made to President Donald Trump, Mnuchin said.

One analyst believes ByteDance will structure the deal as a partnership. "The Oracle stock has halted trading this morning and we should know more soon," said Trip Chowdhry, co-founder of Global Equities Research.

Oracle shares were halted shortly after the market opened Monday morning. The stock exchange typically does this when the company is preparing to announce substantial news.

The deal would position Oracle as a competitive rival in the advertising space, as the company continues to build out its services.

ByteDance, TikTok's parent, is known for being a master at creating algorithmic content recommendations. This is the reason the platform works so well.

Reports also said the parent company would not give up the source code. The two companies would need to structure the deal so ByteDance would not need to give up the technology, which means Oracle would become a technology partner and not an owner.

Reportedly, a source told the South China Morning Post that ByteDance has decided not to sell or transfer the source code.

Oracle, which is known best for its enterprise products for retail and brands, did not respond to requests for a formal comment.

Microsoft announced Sunday in a blog post that ByteDance will not sell TikTok’s U.S. operations to the Redmond, Washington-based company.

"We are confident our proposal would have been good for TikTok’s users, while protecting national security interests," Microsoft said. "To do this, we would have made significant changes to ensure the service met the highest standards for security, privacy, online safety, and combating disinformation, and we made these principles clear in our August statement."