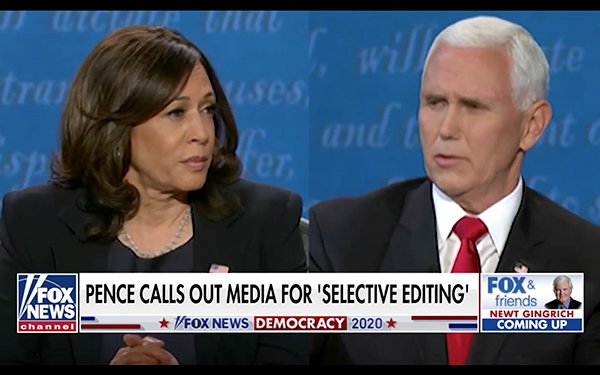 Fox News Channel posted the best overall Nielsen-measured viewers for the 2020 Vice Presidential debate, while ABC had the top results among key 25-54 viewers and 18-34 viewers.

The top six networks in total viewers after Fox News Channel are ABC with 9.4 million viewers, followed by CNN with 7.3 million, MSNBC at 6.7 million, NBC with 6.6 million, CBS at 5.2 million and Fox at 4.1 million viewers.

Nielsen says out-of-home (OOH) viewing and connected TV (CTV) viewing are included in the 2020 debate data, and that CTV can be as much as 11% for televised political events.