The Next Big Mobile Media Battle Will Be Inside The Home 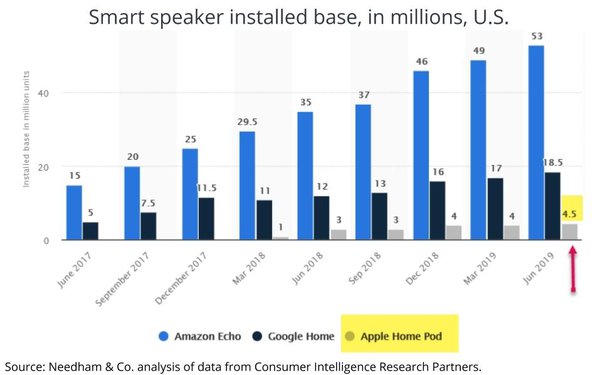 Next to "out-of-home" media, there is no medium more associated with reaching people outside their homes than mobile, but based on some recent news developments, that may change soon, making domiciles the next big frontier for "mobility."

For some recent evidence of that trend, look no further than Apple's big product news announcement this week. Sure, much of the focus has been on Apple's unveiling of four new iPhone 12 models -- but the big news was its new HomePod Mini, which analysts predict will be the "in-home brains" for 43 million iOS homes, or about a third of U.S. households.

Couple that with the ongoing rollout of 5G connectivity, and we may finally see what many forecasters have been predicting: American households will drop their cable and/or broadband carriers in favor of wireless mobile-connected media hubs.

"We were most interested that Apple chose to highlight its HomePod Mini, before it moved on to discuss its four new iPhone 12s," Needham & Co. analyst Laura Martin wrote in a report to investors highlighting this week's new product announcements.

"Perhaps it means nothing," she continues, "but given Apple's hyper-produced videos, we believe presentation order signals that Apple is committed to turning individual iPhone owners into 'iOs Home'."

If successful, this could signal an even bigger threat than broadband internet has proven to be for many cable operators, which usually remain the broadband providers for most American households, even after they sever the TV "cord."

Entertainment-based advertising media aside, this represents a potentially higher implication for marketing to people inside their homes: their brains.
By that, I mean what Martin also refers to in her note: the battle for dominance of in-home, AI-enabled smart speakers, which increasingly are becoming the recommendation engines for many consumers.

"Currently, Apple is losing the 'brains of in-home' battle to Amazon and Google, which have 10 times and five times more smart speakers [installed in U.S. households]," Martin notes, concluding: "Apple must win the smart speaker battle in iOS homes to succeed at maximizing revenue per iOS home."