Two-Thirds Of Agency Execs Have Changed Their Shop Due To COVID, Mostly Financially 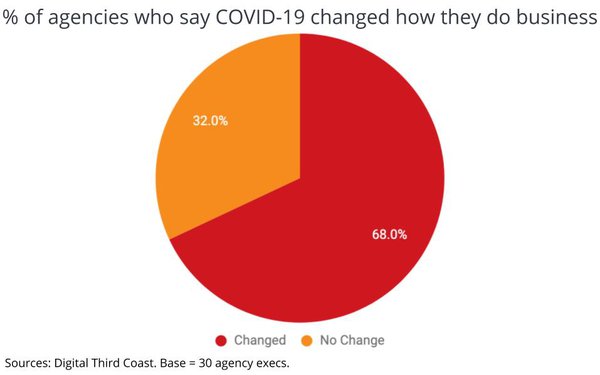 Not surprisingly, the No. 1 change cited was financial, followed by changing their existing services offering and/or adding new services.

"As one leader said, the pandemic has been a 'humbling experience,'" reads the report, noting, "one that many have used to hone their offers and focus further on their business model.

"While many companies didn’t overhaul their offerings, many became more nuanced in the cost of doing business. We found several agencies said they became more competitive in their pricing, or more flexible in their payment plans for existing clients."

You can read the verbatim responses of the agency executives here. 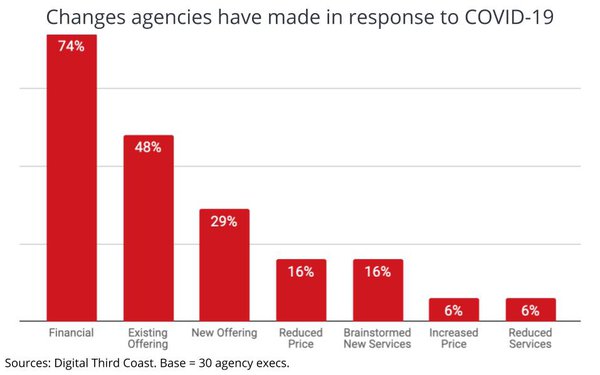