Avocados from Mexico Sits Out The Super Bowl, But Not The Game in 2021 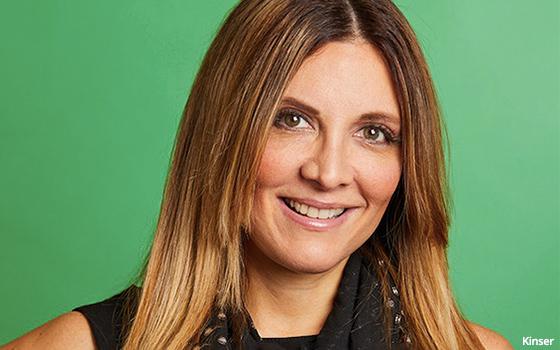 “We don’t sell avocados, and we aren’t from Mexico” is the inside joke at the Avocados from Mexico brand. Since its founding in 2013, the Texas-based nonprofit marketing group has been dedicated to increasing demand for hundreds of importers and distributors and thousands of growers and packers of avocados grown in Mexico.

Yet, since 2015 the group has leveraged expensive Super Bowl ad space into exceptionally successful digital activations that have driven exponential growth in Avocado consumption.

But Avocados from Mexico is passing on the big game of 2021. Instead, it is focusing on the three months of football season before the finale by tying an aggressive shopper marketing program at point-of-sale with digital extensions. A veteran of MediaPost’s Insider Summit, Head of Digital Marketing and ecommerce for the brand Ivonne Kinser explains this strategic redirection, not to mention what “ecommerce” even means to a company that has nothing for sale.

You can listen to the entire podcast here.

MediaPost: Let's start with the low-hanging fruit, no pun intended. You're passing on a Super Bowl ad for the 2021 game after five years of success. So why now?

Ivonne Kinser: We have been in the Super Bowl since the beginning of the organization. So throughout those six years we have had a TV spot, but also with that TV spot, around it is a 360 campaigns. So it had a really robust digital component and PR component.

In six years we have delivered 34 billion impressions between PR and digital. That has really made an impact in brand recognition, brand recall. However, this year we are taking time to reinvent ourselves.

The worst thing any organization can do is to have that mentality of, we're going to do it because that's how we have done it in the past. We don't want to go there.

And by the way, we're going back in 2022, but we're taking this year to explore other territories and reinvent ourselves. The other big difference is that the ammunition this year is going to be directed to very strong shopper activation, for the  first time with two celebrities, Troy Aikman and Erin Andrews.

And again, the digital component is as big as every year. On average, we deliver over 3-4 billion social impressions. So the only difference is that we're not having a TV spot this year, but I think that we're going as strong as just exploring all the other territories.

MP: What have you learned about making the most of that big game moment? What channels or techniques have really paid off the most?

Between the time we launch and the time that campaign ends, we probably pivot dozens of times. We have real-time information coming in.

The ability for a brand to react to that real-time information that fast gives a brand an enormous competitive advantage. So I really doubt that these multibillion-dollar brands can have new information from data right now at 3 p.m. in an afternoon and shift gears, and by 8 a.m. the next morning, pivot in a different direction to seize that opportunity. I think that's the key. 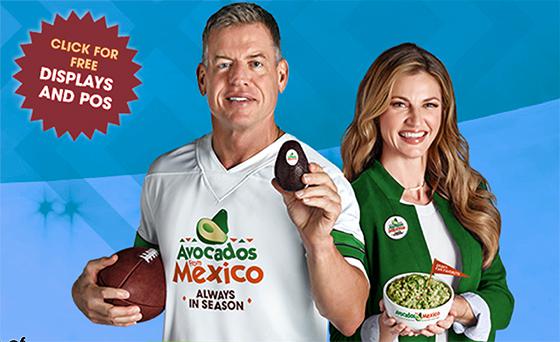 MP: Do you do any other live sports marketing throughout the year?

Kinser: We don't. We know that football is a great context for Avocados from Mexico because of guacamole. We have the time of the year that we call OND, that is October, November, December. And when we look at the data and the volume of imports of avocados, we see, for example, that when we compare the fiscal year 2018-2019 against the volume in 2013-2014, we see an increase in volume during October, November, December of 58%.

Now, when we go to the following year, 2019-20, we see an increase of 89%. That was part of the same strategy of reinventing ourselves, not going to the Super Bowl this year but allocating those resources in some key ways that will really increase  sales.

MP: In what direction are you taking shopper marketing?

Kinser: This year instead of partnering with the brand team, we're partnering with the shopper team. We build together an experience that crosses over from physical to digital. They're going to have POS material in stores, including the images of Troy Aikman and Erin Andrews, but we're also including digital elements like, for example, QR codes.

And through that QR code we bring that shopper from the physical space to the digital space where we're also developing a very, very robust platform. All of this is going to happen inside a virtual football field.

MP: You aren’t selling avocados directly to consumers? So I'm curious, when you say ecommerce, what does that mean for you?

Kinser: We’re a marketing group. We don't manage the sales data. We had to invent what ecommerce means in our category.

The first thing we did was to partner with Walmart to customize the avocado page on walmart.com, that was a big first for us. We're paving the trail for other companies coming in the same direction.

We wanted to optimize that page and that content, applying some sort of SEO within their platform, to increase the visibility to our product and our page. [Walmart] is also very hungry for innovation in the ecommerce space. In six months, we’ve increased the visibility of the avocado page by 212%, and now that’s something that we want to repeat with other retailers.

Inside our platform, we have been aiming for three years to make all of the recipes within our website shoppable. But the transaction doesn't happen on our page. We make or platform a bridge from inspiration phase where the consumers come to our website to look for recipes, and then we help them put products in the cart of the retailer.

And the latest effort was our shop page. Now you can start your shopping experience on our platform, but then in a very seamless journey, you end up putting your avocados in the cart of the retailer that you prefer.

MP: How has the COVID crisis accelerated or redirected some of these efforts? Have you seen the impact of the last six to seven months on that ecommerce process?

Kinser: So in general, our sales haven’t suffered. What we were expecting to see happen in five years in terms of results is happening now.

MP: With a new role for ecommerce, how does this change your whole marketing mix in terms of the role of branding vs. performance marketing?

Kinser: Year over year, regardless of COVID, we have been increasing the span on digital significantly. Now, a lot of those dollars are going not to advertising but to the lower ecosystem. We’re developing our first-party data, which is a big project, or consumer’s data platform. We focus on building audiences in our consumer data platforms powered by artificial intelligence and machine learning.

So it's just teaching or training that machine to help us increase the performance of our campaigns. That is something that we didn't have three years ago. And definitely I can see digital investment increase year over year. For example, we have 80 million user IDs in our consumer data platform., we have to work with those. We have to enrich them, we have to manage them, we have to pay incrementally as the numbers grow, so that is the space where we're needing more and more budget year over year.

MP:The ecommerce piece, though, also opens up the ability to do more performance marketing where you're able to measure ROI in a way that you weren't able to when you were relying a lot more on brand advertising

Kinser: I will say yes and no. We don't have the visibility through the transaction point. The last point where we have visibility is avocados in the cart. So that becomes a new KPI.

One medium that has become very important for us is search. We have to be a lot more mindful of how we use our resources. Paid search may not be as sexy as other things that we're doing, but it's very, very efficient. We're going to launch a separate paid search ecommerce campaign. So we’re building our shopper page, where we’ll bring in that that traffic asking, where can I buy avocados?

MP: As you build your first-party data, are there any surprises in this more intricate profile of your consumer?

Kinser: That's why we have that artificial intelligence and machine learning within the platform. It’s not one of us determining the most effective audiences, but it’s the machine telling us.

The machine is telling us that there are pockets that we were not targeting -- and, according to the machine, are very effective audiences. Our target is women from 24 to 55 traditionally. But when we asked the machine for best performance audience, it gave us a male demographic. Baby Boomers played an important role in in that composition of the audiences that the machine gave us.

However, we need to stay focused, advertising or production dollars are not enough to build for three different audiences, because then we're going to lose the personalization, which is also very important.

Now we're seeing the performance of our campaigns increasing like from 14% engagement to 60% engagement. Now the next step is, let's do the same exercise but now going back to our audience. So let's say we asked the machine again, okay, great, now let's go back and say within our audience women between 24 and 55, what is the most efficient audience?

And I'm telling you about this in probably five minutes, but these processes took about a year, to get to this point where we are, because again it's a lot of analyses and thinking and decisions.

MP: Well, that's a perfect and creepy way to end -- because I can tell you one thing, your machine was right in an eerie way. If the machine learning was telling you that male boomers are a potential market, I literally walked into my local grocery store yesterday saw a big wall of avocados and grabbed two and put them in my cart. My wife asked me, what are we going to do with those? And I said, I don't know yet.

Kinser: Yeah, I know that machine learning is a fascinating world and again, it's not that we don't want to serve that demographic. We do, and we work on them in platforms.

But when you want -- which is our other goal -- to improve and become a lot more sophisticated in personalization and to also be able to personalize two or three demographics, we need three times our production budget.

So the decision is more about cost efficiencies and how we do the best we can with the budget we have. But are we going to get there at some point? I think so, it's a normal evolution. Once we have all our core demographic completely covered and we can reach 100% of that demographic with the ideal frequency and we still have some money left, then we will open up to other ones.

But our strategy is the share of wallet strategy; it’s not a household penetration strategy. So we really want to make sure that all of our core demographic is increasing the number of avocados that they consume before we open up to another demographic.