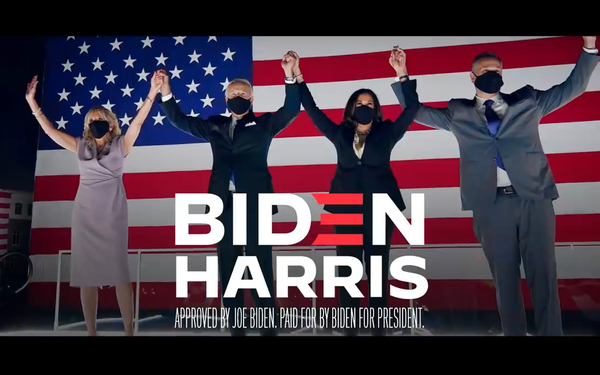 Those states include Pennsylvania, Michigan, Wisconsin, and Arizona.

Pennsylvania was a major target for Biden, who spent $134 million in that state versus President Trump's $59 million (a $74.8 million ad-spending advantage).

Spending figures include candidate and political action committee and group spending from September 1 though November 3.

Only in Florida did Biden's major spending not result in a win -- with Biden spending $179 million to Trump's $90 million. The $88.7 million was Biden's largest state advantage. According to Real Clear Politics, the average of polling the day before the election shows Biden with a tiny 0.9% lead in that state.