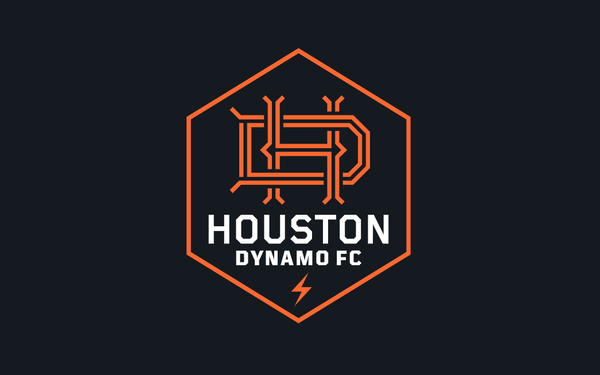 Major League Soccer continues to grow its fan base, and individual clubs are flourishing as a result.

The Houston Dynamo and Dash on Tuesday announced a significant shift in philosophy and vision as part of a new, cohesive brand identity.

After starting life in Houston as a single team in 2006, the Dynamo added a youth academy in 2008. Two years later, the club moved into its own training facility at Houston Sports Park. In 2012, the Dynamo moved into its permanent home at what is now BBVA Stadium.

The 2014 campaign saw the addition of a first-division women’s team to the club in the Houston Dash; and 2017 brought an expansion of the club’s developmental pipeline with the formation of the Dynamo/Dash Youth Club.

Adding the term “Football Club” to the Dynamo name was an important decision, because it illustrates how much the organization has grown, says Club Controlling Owner Gabriel Brener.

MLS attracts big league sponsors. BBVA Compass has naming right’s to the Houston club’s stadium, worth $2 million a year, according to SportsPro. Some of the team’s other corporate sponsors include Kroger, Budweiser, and Hilton.

Clubs are given autonomy for building their brand and growing an engaged fan base, says David Bruce, MLS senior vice president of brand and integrated marketing.

“The league provides support across a number of areas of the marketing mix, and we have experts in many fields to provide expert guidance,” Bruce tells Marketing Daily. “The power of being a single entity is, we share best practices across all clubs. In the Houston rebrand example, we can lean on the many brand launches from the past few years to provide counsel and advice.”

Several other clubs have updated their brand and identity.

“It’s a natural part of the evolution of a sports team,” Bruce says. “Clubs that are going through a significant organizational change or have reset their strategy often recognize their brand is no long able to deliver on their goals. This realization leads them to embark on a rebrand in order to drive new behaviors and actions internally, recognize growth across key metrics and signal change to the marketplace .”

Individual club marketing benefits MLS as a whole and is at the core of how the league grows, he says.

“We have a unique structure to work together in order to build our version of the global game,” Bruce says. “If we can elevate the quality of our club brands and how they appeal to local communities and fans, we all win.”

MLS has a unique position in U.S. sports and global soccer, he adds.

“We are building our version of the game here that is rooted in the cultures of our markets," Bruce says. “If Houston Dynamo tap the unique culture and energy in the city of Houston and translate that into their new brand, they will be very successful.”