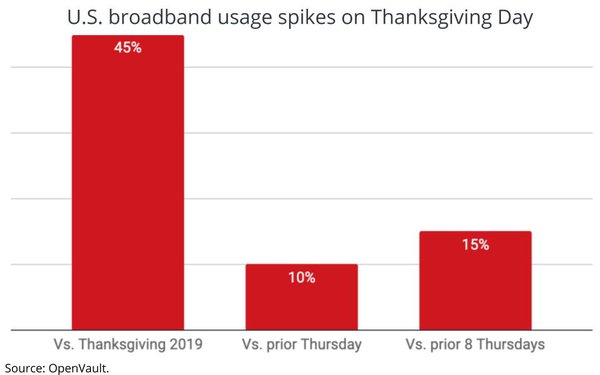 Spurred by Zoom's removal of data limits across its platform on Thanksgiving Day, U.S. broadband usage surged vs. Thanksgiving 2019, according to estimates released today by OpenVault.

While that might not seem surprising giving the pre-/-post pandemic comparisons of the two Thanksgivings, usage also soared vs. the prior Thursday, as well as the average of the previous eight Thursdays.

According to OpenVault, U.S. broadband traffic peaked between 10 AM and 3 PM (EDT) when usage paced 29% ahead of average consumption during the same time period across the previous eight Thursdays.