What Will Get Travelers Hitting The Road Again? 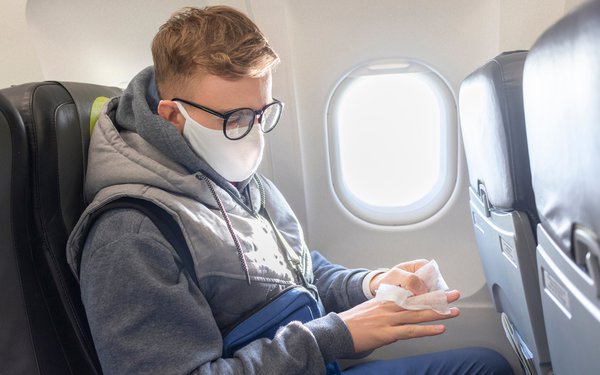 The return to normal travel will be driven by sentimentality and a collective mood of celebration, rather than a sense of adventure, with 56% saying their first trips post-pandemic will be focused on seeing loved ones, and 29% will be attending delayed milestones like weddings, according to new research from Horizon Media.

As the pandemic drags on, Americans are adapting though expressing fatigue with the restrictions. Most still feel travel is risky. Some 77% felt it was too unsafe to fly in mid-August, similar to October’s 73%.

Likewise, in August, 64% felt it was too risky to stay in hotels, dropping only four percentage points to 60% for those surveyed in October.

Nonetheless, Americans are beginning to venture outside their homes. Nearly half (47%) of those who traveled pre-pandemic are dreaming about doing so again. One in five (17%) took a road trip by mid-August, compared to 21% who had done so by mid-October. Those staying at a hotel or resort rose from 8% to 11% over the same time frame.

Among those willing to travel, Americans expect to plan at least three to 10 weeks in advance.

The study also found that, based on travelers’ willingness to plan and book trips in response to vaccine accessibility, people fell into one of three segments of approximately equal size – those who were living their life normally (dubbed “Live my life”), people awaiting a vaccine before booking (“Are we there yet?”), and those who were putting travel on pause for the foreseeable future (“Shelter in place”).

Horizon believes that for the first half of 2021, travel brands should focus on those with a “Live My Life” outlook, people who tend to be young, affluent parents hoping to provide their kids with adventure or find their own escape. Then for the second half of 2021, expect to see more demand from the “Are We There Yet” camp, an affluent group of older travelers, often parents, choosing to wait it out for their own safety and the safety of their communities. Brands should expect little activity among the “Shelter In Place” group, who are more likely to have paused travel due to financial insecurity and loss of employment.

Media strategies for reaching these people should be very different, recommends Horizon. For example, community and local media would likely be more impactful for collective-minded people, such as those in the Are We There Yet set, whereas “free-will” individualists will look to national media that share their risk-taking mindset.

The findings are part of an ongoing Finger on the Pulse Consumer Sentiment Tracker by Horizon’s WHY Group into the way people understand and react to today’s environment.