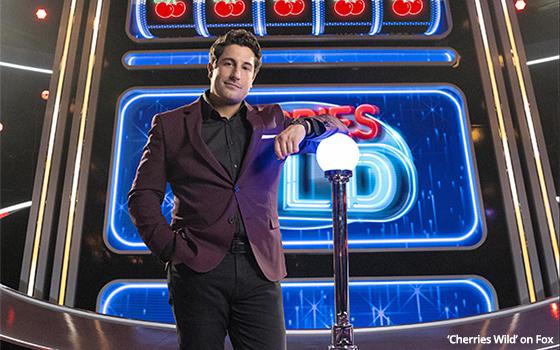 Fox Entertainment and Pepsi are partnering in a new prime-time game show “Cherries Wild,” which will closely align the soft-drink manufacturer brand's Pepsi Wild Cherry with the series.

The show concept is an “authentic collaboration” created with the Pepsi Wild Cherry brand, according to the companies. Terms of the deal were not disclosed.

The half-hour show will air on Fox Television Network, premiering Sunday, February 14 at 7 p.m. ET, as well as on on-demand platforms, and on streaming services Fox Now, Hulu, and Fox Corp.'s Tubi.

The show will focus on pop culture trivia. A team of two contestants will compete, culminating in when they spin an enormous, three-story-tall slot machine in an attempt to capture all five Wild Cherries to win a $250,000 jackpot.

Fox and Pepsi have worked together on major brand entertainment programming and advertising deals in the past -- in 2011 for Fox music competition series “The X Factor,” and in 2015 on Fox's drama “Empire.”

For the entertainment reality competition show, “The X Factor,” Pepsi was the lead advertising sponsor for two of the three seasons the show was on the air, spending a reported $50 million to $60 million for the sponsorship.

Pepsi also offered a $5 million recording contract as the top prize on “The X Factor” in the first two seasons.

The deal with Pepsi deal came through its media agency Omnicom Media Group and The Content Collective, the agency's entertainment and content marketing division.

Over the last year -- December 2019 to December 2020 -- the Pepsi brand spent $26.6 million on the Fox TV network, according to iSpot.tv, with the bulk of that spend going toward NFL football programming.