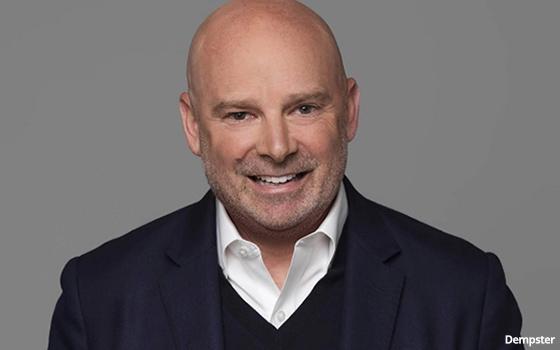 Craig Dempster, global CEO at Merkle, has worked for the customer experience management company known for its data and analytics capabilities for about 15 years, but how he got there seems more serendipitous than he acknowledges.

He enjoys playing golf, fine dining, and drinking great cabernet wine, calling out those from Napa Valley his favorite.

Despite being the global CEO of a major agency at Dentsu, he still has time to read and even educate himself on important topics of yesteryear and how they relate today. When I asked Dempster to name the books on his nightstand, he pointed to a book on Netflix culture, The Ride of a Lifetime: Lessons Learned by Robert Iger, and a book on diversity as he tries to educate himself on ways to become “a better leader” by understanding the types of challenges people with diverse backgrounds face.

I recently had the opportunity to speak with Dempster. What follows are excerpts from our conversation.

Dempster:  I’ve been in the data space for 25 years, but it’s not really an interesting story. I graduated from college and couldn’t afford to live in an apartment in New York City, so I moved to Atlanta with my then wife-to-be and I got a terrible job working for an insurance replacement car rental company. I was miserable.

A friend of mine came over to our apartment and said, "if you’re that miserable, come work for the company I work for." I asked, well, what do you do? He said, I sell lists for a living. Lists of new homeowners, parents with small children, and those who recently moved.

I sold lists, but this woman down the hall was selling the whole database to companies. Serendipitously, I started dialing for dollars trying to sell the entire database and met David Williams, the founder and CEO of Merkle.

He was building the company. We became friends and colleagues in the industry. About 10 years after that first meeting I came to work for him. Now I’ve been with Merkle for 15 years.

If you look at the history of Merkle, David bought the business -- a $2 million data-processing business for direct mailers. Then pivoted it into a marketing database company. We started working with Dell, Direct TV and Geico, competing against these big agencies.

Rather than being just a service provider, we became an agency partner. That was our third pivot. The fourth pivot got us into the digital agency world.

This coming year we embark on Merkle 5.0. We’re taking the core skills in data, analytics and technology, and pointing them to the entire customer experience across sales, service, marketing, and commerce.

It’s been a wonderful ride. When I started we were a $50 million company with 300 employees, and we’ll be a $1.5 billion company in 2021, with 12,000 global employees. I found my way to get excited and passionate about data.

D&PI: What career did you want to go into while in grade school growing up?

Dempster:  I wanted to be a professional athlete like many young kids. I played a lot of sports. Then I wanted to be an attorney. I became a political science major until I realized I didn’t like school that much. I had some classes in marketing and in sales and kind of liked that -- engaging with people, and being creative in terms of the way a brand communicates with consumers. It all came together. To be honest, it’s just life. It fell into the world of data-driven marketing.

D&PI:  Do you see a connection between wanting to be in sports, a lawyer and your love for data?

Dempster:  I do in a couple of different ways. In the role I’m in, leadership is incredibly important. Sports taught me how to be part of a team. I love being part of a team and developing culture. I think the analytical nature of thinking through problems and trying to problem solve to come up with answers is something I like to do. That’s why law interests me.

I see our world and the services we offer as trying to think through problems that are challenging to solve for clients by using data, analysis and technology.