Giving An Epidemiological Meaning To Passing The Olympic Torch 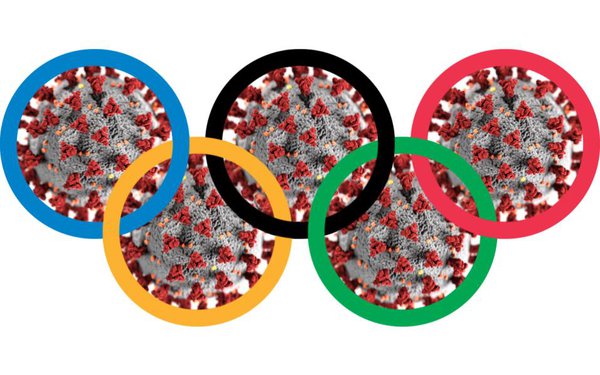 After a year in which some world leaders treated a raging pandemic more like a three-ring circus, some are questioning whether it makes sense to make it a five-ring one. I’m referring to the Olympic rings, of course, and the prospect that it might once again be deferred due to the spread of a highly infectious and deadly disease that seems to easily jump borders.

With new variants proving to be more contagious, and possibly even more deadly, some are questioning whether it makes sense to continue planning for the Tokyo Summer Olympic Games, which were postponed from last summer to July 23-August 8 this year, under the assumption that the COVID-19 pandemic would be brought under control.

While successful vaccines have been developed, producing, distributing and inoculating enough people worldwide by this summer remains a question mark, even as the Coronavirus strain continues to mutate and evolve.

The notion of the world’s greatest athletes traveling from all corners of the planet to congregate and compete -- often in close physical contact -- in one relatively centralized compound seems like an epidemiological nightmare, so it’s not surprising that questions of canceling or postponing the Games are once again on people’s minds.

While Japan’s Olympic officials have been steadfast on continuing with the 2021 Games, pandemic conditions have been worsening in Japan, leading a top government official to confide that it now “could go either way.”

This obviously would be a devastating economic blow for Japan, Olympic committees worldwide, and for the advertising and media economy in general, but it might be the most prudent course of action, because the only way to bring those economies back to something resembling “normal,” will be to get the pandemic under control.

Expect a decisions to be made one way or another by March 21, when the Olympic Torch Relay is set to begin.