The COVID-19 Super Bowl: A Big Game Like No Other 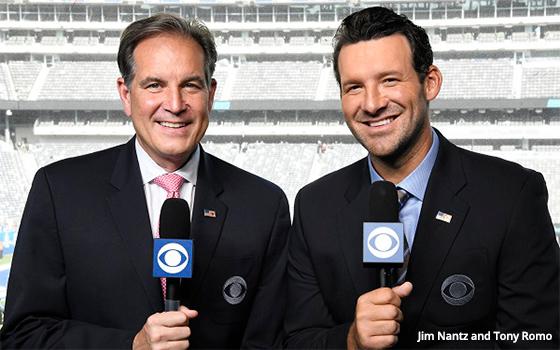 America’s only national television holiday comes again this Sunday -- but this year, like all aspects of our lives these days, the great day comes with COVID-19 casting a long shadow over it.

What can we expect from a Super Bowl in the era of COVID? First, the good news: The game itself -- officially known as Super Bowl LV (55) -- has all the earmarks of a great sports story.

An aging but by all appearances invincible veteran quarterback -- Tom Brady, 43, who is considered by many to be the greatest QB to ever play the game --  leads his new team, the Tampa Bay Buccaneers, against the defending NFL champions, the Kansas City Chiefs, led by the youngest quarterback ever to play in two Super Bowls, Patrick Mahomes.

Adding to this dramatic story: Brady, of course, is the winningest Super Bowl quarterback in the history of the NFL, with six Super Bowl wins out of nine appearances in the big game (also a record) with the New England Patriots. Many will tune in to see if he can win another one at such an advanced age for a professional football player.

Brady is now about to play in his 10th Super Bowl after just one season with a brand-new team. Not for nothing, the team he left -- the Patriots -- did not even make the playoffs in its first season in the last 20 without Brady, who was the team’s quarterback for 19 seasons.

As for the Chiefs, their quarterback, Mahomes, 25, just happens to be one of the most exciting players in the league today. He has been a major television draw for the NFL practically since the day he became the Chiefs’ full-time starting QB in the 2018-19 season.

And from a cultural and social standpoint, the Chiefs are one of the few remaining professional sports teams whose name originates from Native American culture.

The team’s logo is an arrowhead, its home stadium in Kansas City is named Arrowhead and a horse named Warpaint is still a feature at Chiefs home games.

And one more thing: The Buccaneers are playing in this Super Bowl at home, in Tampa’s Raymond James Stadium -- the first time in the history of the Super Bowl that any team will play in its home stadium.

In fact, in NFL lore, having one’s home stadium named as a future Super Bowl venue has long been considered a curse because no team, until this year, ever made it to the Super Bowl when their stadium was scheduled to host the big game.

So, there is plenty to chew on for the CBS broadcast team led by Jim Nantz and Tony Romo, the game’s announcers (pictured above).

But what about the telecast itself? Ambient sights and sounds emanating from the stands should be seen and heard on TV, as 22,000 living, breathing fans will be allowed to attend the game in-person (that’s one-third of the stadium’s capacity, which is just under 66,000 seats).

Those of us who watched NFL games regularly during the 2020-21 season are accustomed by now to the sight of partially filled or completely empty seats during the games, although it took some getting used to at first.

In other words, the game itself should proceed more or less normally -- or at least it will seem that way to the multitudes watching it at home on TV.

As always, the commercials will be widely noted, seen and talked about. The preference here is: The wackier the better.

In the aftermath of Super Bowls past, the commercials that have fared the worst in our post-Super Bowl assessments were the ones that attempted to depict or reflect “serious” issues.

It was just one TV blogger’s opinion but these unhappy commercials -- “sad-vertising,” you might call them -- had the effect of undermining the otherwise happy experience of watching an over-the-top football spectacle while mindlessly eating junk food with family and friends on a cold Sunday evening in the dead of winter.

The TV Blog has every expectation that at least some of this weekend’s Super Bowl commercial time with be filled with sad-vertising reflecting the various ordeals we have all been living through in the past year -- COVID, social strife, political divisions and the like.

It should go without saying, but these are the kinds of messages we need to see the least on this particular Super Bowl Sunday.

advertising, covid-19, events, football, sports, super bowl, television
1 comment about "The COVID-19 Super Bowl: A Big Game Like No Other".
Check to receive email when comments are posted.
Next story loading