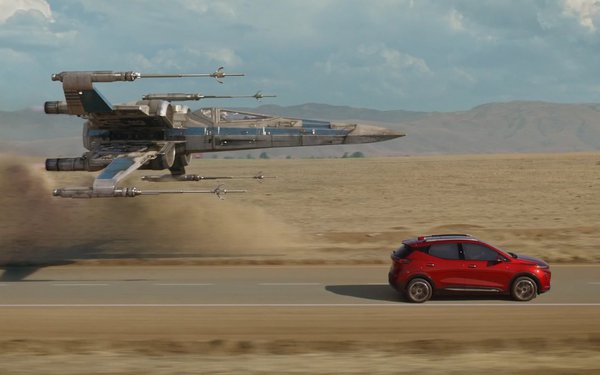 General Motors’ Chevrolet division unveiled the all-electric 2022 Bolt EUV and a redesigned Bolt EV on Sunday via a long-form video it created with Walt Disney World.

The 14-minute and 25-seconds video “Behind the Magic” is hosted by TikTok creator Nick Cho. It is a deep-dive into the all-new Bolt EUV and also provides a look at the making of the vehicle’s debut spot, the 90-second “Magic is Electric.”

It also focuses on feature information for the Bolt EUV and Bolt EV and includes reactions from current Bolt EV owners who talk about how switching to electric has made their lives better.

The spot will make its network debut during ABC’s "American Idol," which premieres its new season Sunday.

The Bolt EUV also will be integrated into SportsCenter’s “Magical Moment” segments Feb. 15-19 on ESPN.

In addition to broadening Chevrolet’s electric vehicle lineup, the Bolt EUV is the first Chevrolet to offer Super Cruise, a hands-free driver assistance system that works on more than 200,000 miles of enabled road originally offered by GM’s Cadillac division.

The Bolt has been on sale since 2016. Both 2022-model vehicles will be available this summer.

Chevrolet started teasing the collaboration with Walt Disney in January. The partnership has the goal of “engaging and informing consumers about the benefits of owning an electric vehicle in an entertaining way,” says Steve Majoros, vice president of Chevrolet marketing.

“The power of two iconic brands like Disney and Chevy coming together to reveal the Bolt EUV inspires customers to imagine an all-electric future,” Majoros says in a release.

Both “Magic is Electric” and “Behind the Magic” were shot in part on location at Walt Disney World Resort in Lake Buena Vista, Florida.

In the 90-second spot, a series of friends and families bring the magic of electric to life while traveling to Walt Disney World Resort with a cast of iconic characters including Tinker Bell, Haunted Mansion’s Hitchhiking Ghosts and Dumbo the Flying Elephant.

Chevy also will run the 90-second spot and various shorter versions across Disney-owned broadcast properties, on charging station digital billboards and in other targeted placements across a wide variety of owned and paid social channels.