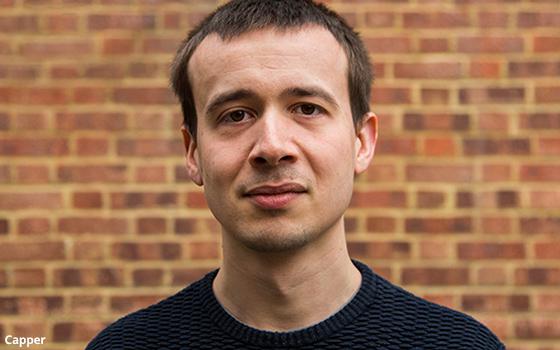 Moz, known for its search engine optimization technology, on Tuesday announced Tom Capper has joined the company as senior search scientist. Based in the U.K., Capper will lead the search science team.

Capper comes to Moz after leading the SEO practice at Distilled, now Brainlabs. One goal he has for the year is to "point to something in the Moz toolset and say not only was it better for my input, but customers notice it too.”

Capper’s career in SEO began as a student in 2012 with a conversation at a university career fair with Tom Anthony, Search Pilot vice president of product.

“I was convinced I didn’t want to work in marketing, so I tried to put him off by saying (truthfully!) I was an econometrician,” Capper wrote in an email to Inside Performance. “Fortunately, he (Distilled) hired me on that basis, and all my preconceptions about marketing turned out to be wrong.”
Sarah Bird, CEO of Moz, believes Capper has proven his “mastery of search science,” and looks forward to him joining the company.

Capper initially wanted to become some sort of engineer or draughtsman while in high school. “I don’t think I ever deliberately changed it, but the subjects I ended up finding most interesting were increasingly unrelated over time,” he wrote.

Capper is a familiar face in the SEO industry and to Moz clients, having written multiple blogs on analytics, hosted two Whiteboard Friday videos and presented as a MozCon speaker.

“Within SEO I'm known for a quantitative, data-driven approach to challenging industry thinking like ranking for head search terms or studies around Domain Authority, exposing measurement pitfalls that SEOs as an industry have missed like analytics black holes,” he wrote.

Capper’s piers know him as a thought leader with a penchant for challenging industry norms and developing unique SEO strategies and tactics,

His focus at Moz is to design new research to help the company solve complex and technical issues for SEO professionals at every stage.