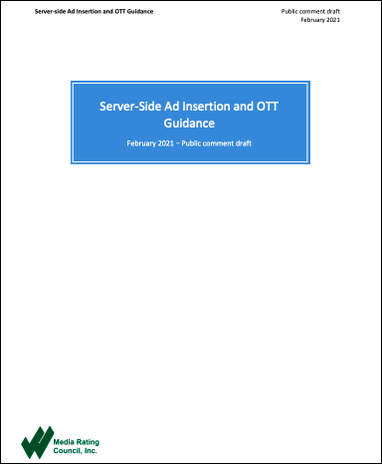 The Media Rating Council (MRC) this morning released a draft of new guidelines and best practices for measuring advertising running on over-the-top (OTT) and via connected TV (CTV), as well as when server-side ad insertion (SSAI) digital video is used.

The draft, which is the result of an initiative announced in July 2020 to identify challenges and propose solutions to ads running in these burgeoning video environments, will be a factor in future “accreditation considerations,” the MRC stated.

The full draft can be reviewed here, but the guidelines include: