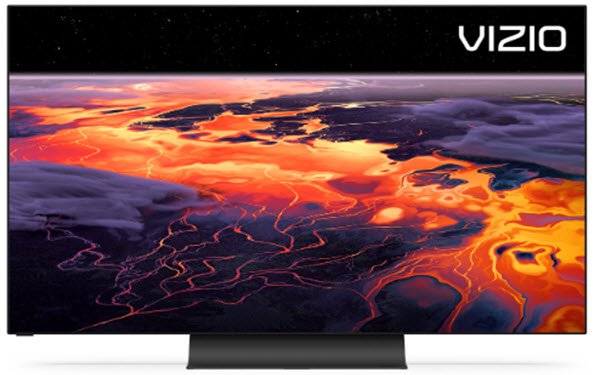 “We envision the Vizio smart TV as the center of the connected home — where families play games together, where friends watch movies together, where work and learning happen, and where all things in between take place,” Vizio founder, chairman and CEO William Wang stated in an introductory letter to its S-1 IPO filing. “Going public is an important milestone for us as we continue to grow and execute our goals.”

Going forward, the company plans to focus more on software and platforms, although it will continue to make its value-oriented, low-margin TVs.

"We will continue our successful hardware business, iterating on models as we’ve done before, and at the same time build our name in smart TV software,” Wang wrote.

Vizio’s smart TVs “provide us with the opportunity to add consumers that are actively engaged with our SmartCast operating system, which in turn, expands our Platform+ monetization opportunities,” the filing states.

"While we generate the significant majority of our total net revenue from sales of our Smart TVs and sound bars, our Platform+ net revenue has grown 304.4 percent from $36.4 million in 2018 to $147.2 million in 2020," Vizio added. "We believe that Platform+ will be the key driver of our future margin growth and financial performance."

Platform+ refers to a combination of SmartCast -- the software/operating system that runs on Vizio’s TVs and offers free content and access to Netflix and the other major streaming apps -- and Inscape, Vizio’s data, analytics and content recognition subsidiary.

"The S-1 points out that the company continues to see huge advertising potential from its ad-supported video on demand (AVOD) services like WatchFree and Vizio Free Channel," notes The Verge. "It also sells ad space on the SmartCast home screen and gets a percentage of subscriptions and purchases made in third-party apps on its platform. Plus, Vizio charges streaming partners to put their logo on TV boxes or branded remote buttons."

Data on users' content and category preferences enabled Vizio to launch more than 130 free, ad-supported channels last year. (Charges that Vizio collected data without sufficient transparency to consumers resulted in a $2.2 million FTC fine in 2017 and a $17-million class-action suit settlement in 2018.)

Vizio, which listed its proposed offering price at $100 million, plans to list under the symbol “VZIO” on the New York Stock Exchange.

This is the company’s second IPO attempt. Its first, filed in 2015 prior to its $2 billion sale to the Chinese internet and consumer electronics conglomerate LeEco, was dropped in 2017 due to regulatory complications.