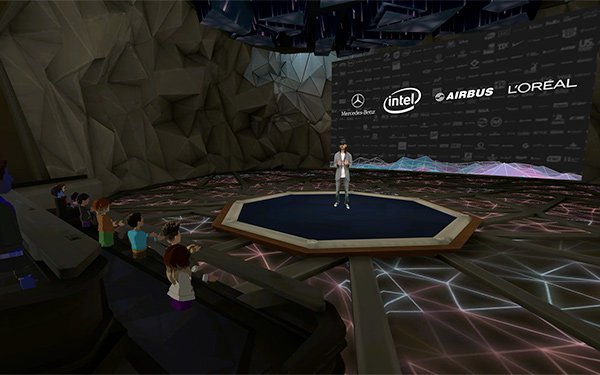 Mixed reality -- receiving information holographically -- is the future when it comes to learning new skills, connecting with others and gaining efficiencies, according to Microsoft CEO Satya Nadella.

Earlier this month at Microsoft Ignite, Nadella introduced a mixed-reality platform, Microsoft Mesh, which allows people to interact holographically with others in a natural way. For example, one person in California can join a birthday celebration in New York.

“Think about what Xbox Live did for gaming,” he said. “We went from single player to multiplayer to creating communities that help people connect and achieve things together. “

This type of technology has the potential to increase the performance of advertising and in-store experiences by allowing consumers to be present in the moment with store employees while shopping. It also allow brands to interact with consumers.

Brands like Mercedes, Intel, Airbus and L’Oreal have deployed HoloLens type of solutions.

Think of the creativity that will be possible in campaigns.

Creative advertising and marketing groups can collaborate from different parts of the world, without the need for screens. This is the future Microsoft is building. The technology is made possible by HoloLens, a mixed reality for business.

Microsoft Mesh removes the computer screen and connects physical and creative realities. The platform is powered by Azure, but the idea is to enable Microsoft Teams, the company’s video platform, to create holographic events, conferences and summits.

In the past year, ad execs have shared their frustration with logging into a video platform to have meetings and not having a personal connection. Mesh would eliminate the need to sit in front of a screen and increase the power to collaborate with each other as if they were in the same location.

Mesh can be used with HoloLens 2 windows virtual reality headsets, Oculus, smartphones and others.

Niantic Labs, created in 2010 as an internal startup within Google, then became an independent company in October 2015, is one example of merging bits and atoms. The two companies are working together to build experiences of social game play in the real world.