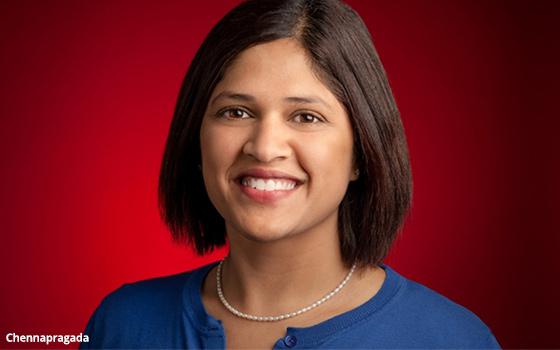 Robinhood, known for its popular stock-trading app that made a splash during the GameStop fiasco, named Google vet Aparna Chennapragada as its first chief product officer.

Throughout her time at Google, she led multiple product efforts in Google Assistant, Search and YouTube. She also has a seat on the board at Capital One, and held a position for nine years as architect at Akamai Technologies.

Vlad Tenev, CEO and co-founder of Robinhood, wrote in a post that it recently became clear what Robinhood can do for the world. “I look forward to learning from Aparna as we build delightful product experiences and work towards democratizing finance for all,” he wrote.

In her new role at Robinhood, Chennapragada will oversee all product, design and research, the announcement made on the company’s website.

Robinhood made headlines earlier this year when a group of individual investors used Reddit and the subreddit Wallstreetbets to short GameStop stock, driving shares higher for a variety of public companies. The move drove Robinhood to raise additional capital as an increase number of trades took place on its digital trading platform. Hedge funds that had held short positions in GameStop lost.

On Wednesday, the House Committee on Financial Services hosted a hearing about the GameStop, Robinhood, and Reddit trading event.

Congresswoman Maxine Waters, chairwoman of the House Committee on Financial Services, gave the opening statement. She acknowledged her intent to scrutinize these events and the related policy issues, is to ensure that U.S. capital markets are fair and transparent, that investors have strong protections, and that Wall Street is accountable and beneficial to the American economy.