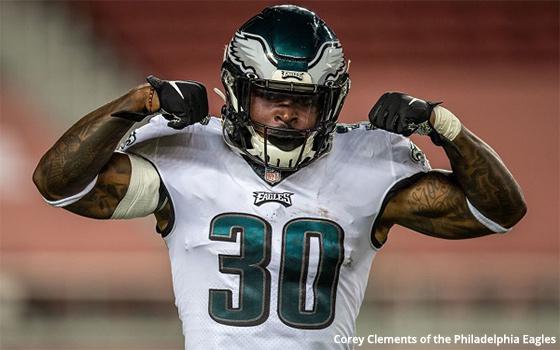 The numbers were staggering -- new NFL media deals announced last week estimated to be worth more than $100 billion.

That’s “billion,” with a “b,” representing rights-fee increases estimated at 75-80% over the last round of deals.

How did the NFL achieve these increases with the TV networks (CBS, Fox, ABC/ESPN and NBC), while also cutting a deal with a new player and competitor -- Amazon?

The league did it the old-fashioned way -- by realizing it held all the cards in this poker game and was uniquely positioned to rake in the pot, so to speak.

The league’s negotiators also realized they had a group of “partners” who could not afford to say no.

Why? Because here in 2021, the TV business has evolved to the point where the NFL and its games are the last mass-appeal attractions in the television universe.

Without regular-season and playoff NFL games -- and most importantly the Super Bowl, which rotates among these rights holders -- what are the networks left with?

Basically, a lot of prime-time TV shows whose total viewership erodes with each passing season.

In all of legacy television, there is no greater legacy entertainment than regular football games on Sundays, plus one on Monday. Incredibly, in order to secure these rights for 11 years, the broadcast television business had to cede Thursday night football to Amazon.

Oh, well. Saying no was not an option and the NFL knew it. The situation seemed familiar. He who has the most leverage wins. This happens time and time again in negotiations over rights deals and personal contracts.

The syndicator with the top shows that a local station cannot afford to lose persuades (some would say “forces”) the station to take a few of the syndicators’ lesser shows.

Or the top star of a TV show strong-arms a network or producer into renegotiating his contract -- and in the process, paying him a lot more because the star and his representatives know they have the show over a barrel.

This happened famously during the run of “The Sopranos” when James Gandolfini’s contract demands halted the production of the show, which happened to revolve entirely around his character, Tony Soprano. What was HBO going to do? Get a new Tony? Answer: No.

It is not lost on the TV Blog that the Tony Soprano example can be seen as a pretty apt metaphor for the way the NFL strong-armed its television network “partners” into accepting the league’s terms in return for 11 more years of football games.

No one should cry for the networks, however. They will undoubtedly make money by doing some strong-arming of their own -- charging their own “partners” (otherwise known as “sponsors”) even more money.