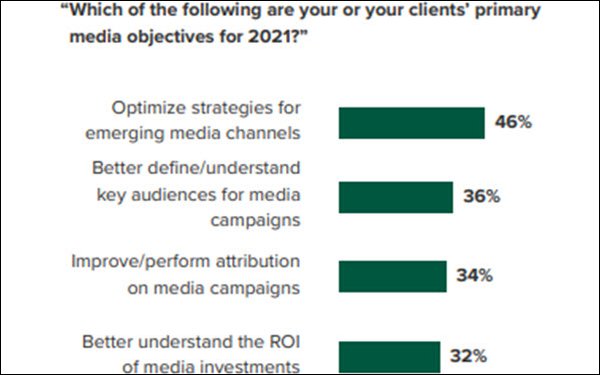 Asked about their primary media objectives for 2021, nearly half (46%) of the executives cited optimizing strategies for emerging media channels.

Buyers said they view addressable TV as a means of combining the scale of linear television with the refined targeting, measurability, and accountability associated with digital advertising.

Those that use addressable TV for awareness and consideration objectives said they’re looking to reduce waste and manage frequency. Those using it for conversion objectives said they can more easily make the business case for experimenting with the channel because of its promise for greater visibility into media spend performance.

However, 100% of participants said that they’ve experienced at least one challenge in implementing addressable at scale, including convincing other stakeholders of its importance, fragmented platforms/lack of interoperability, lack of adequate measurement, and lack of skilled personnel. 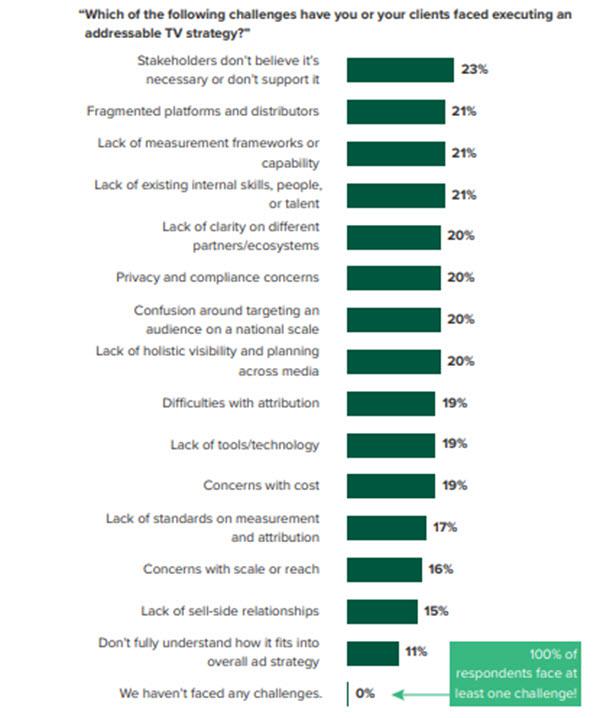 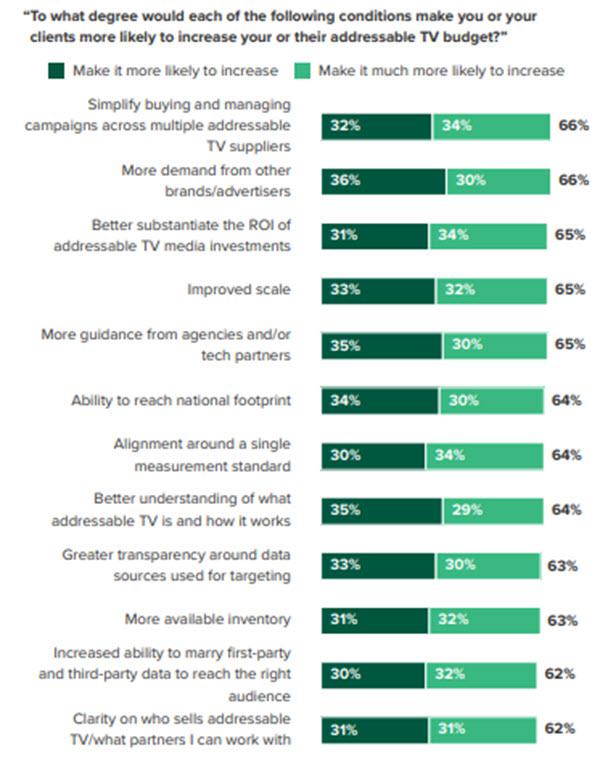 The report also lays out steps that should be taken by the various players — including MVPDs, media companies, brands, agencies and technology companies — to address the core challenges and accelerate addressable TV adoption.

"The study confirmed our belief that addressable has the potential to transform the industry, but also renewed our sense of urgency to create an aligned and open ecosystem of distributors, measurement platforms and media companies," said Kevin Arrix, senior vice president, Dish Media.