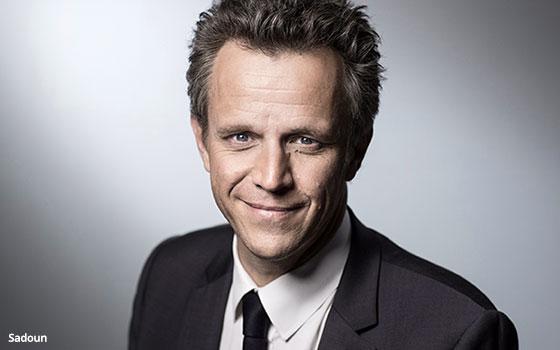 Publicis Groupe CEO/Chairman Arthur Sadoun is firmly dismissing the recent rumors of a merger between his company and Havas, stating there is “no truth” to these reports.

Furthermore, Havas parent Vivendi needs Havas as part of its long-term growth vision to become a global media leader. “The only thing we have in common is that we are both based in France,” Sadoun told MediaPost in an interview timed to the company’s first-quarter earnings release.

The company's recently formed creative collective Le Truc has gotten off to a promising start, says Sadoun. “It’s one-of-a-kind, but it’s a bet,” just like Marcel was a gamble, he jokes, adding that he is only mentioning his “successful ones.”

Epsilon, “an audacious bet since we put a lot of money on the table,” was driven by the continued trend towards personalization and first-party data, but “we did not anticipate at the time that third-party cookies would disappear in the future” and “this makes that acquisition more than strategic now.”

Everyone is going to have to readjust to these new privacy and cookie regulations, from clients and advertisers to publishers, he says. “We are coming with a solution that now not only leads with Epsilon data but also through partnerships like the newly announced deal with The Trade Desk that combine data platforms,” he says.

For the Groupe, Le Truc partly addresses the future of work. “If you are a genius in UX, you are not someone who typically excels in creative, so this new creative coalition ‘physically’ combines these various specialties under one umbrella,” explains Sadoun.

“So far it is experimental because no one is back to the office, but they will have a special place where they will be all able to sit.”

To help ensure a successful integration Le Truc will be housed in the same building as the New York operations where Razorfish, Digitas and other company operations are housed.

While Sadoun says it will be “interesting” to return to normal life, he will not mandate that staffers receive a vaccine before returning to their offices. “It is impossible to require as everyone has to make their own individual choice and we have to respect that,” adding the challenges of issuing “general rules” to a global workforce: “It is going to be “very complicated.”

Diversity and inclusion efforts remain a “top priority” as the Groupe grapples with implementing real change within its workforce. Company leaders will release its first report documenting their changes as part of the “7 Actions” initiative in the coming weeks, he promises.

While Sadoun acknowledges that all holding companies are likely to grow their bottom lines in Q2, he boasts that the Groupe will surpass all rivals. “The market was predicting us to reach -.02% but we delivered +2.8%. The real question is how much value we have recovered in 2021 from 2020. For the moment, we thought it would take two years, but it will be interesting to look to see how competitors recover.”

Sadoun says that Cannes organizers made a “good decision” to move to a digital festival because it will reach a broader as well as younger audience with a pure digital platform. This show must go on, he adds, because it is important to the industry right now to highlight the “magic” when people are feeling worn out and fatigued. “We need to celebrate and honor the passion within this industry.”