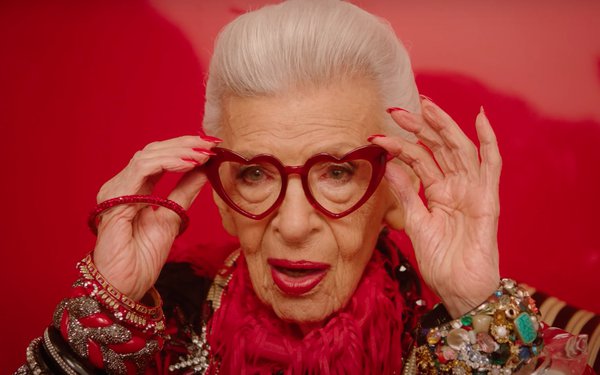 Zenni knows how to pick a muse. To celebrate the upcoming 100th birthday of style legend Iris Apfel, it’s introduced a line of 100 new frames.

The collection is full of frames that are as bold and over-the-top as expected. After all, Apfel’s Twitter handle says “More is more and less is a bore.”

“Zenni has fans who build entire outfits around their glasses,” says Michelle Ticknor, head of lifestyle and social impact partnerships at Zenni. “So this partnership is a wonderful way for us to elevate our bolder, brasher styles.”

Ticknor says an endorsement from Apfel is significant for younger shoppers. “She likes to say that her audience runs from young ladies to drag queens, but I think her appeal with our customers is that she is not only iconic but also eccentric. She doesn’t care. She doesn’t dress to be seen -- she dresses for herself,” Ticknor tells D2C FYI.

“So anyone looking for their own identity, anyone trying to find their signature style, really responds to that confidence.”

Apfel is more than just a pretty face behind a pair of quirky frames. The self-proclaimed “geriatric starlet” is also designing a capsule collection for Zenni set to debut in August, the month she turns 100.

Ticknor says the collaboration has been inspiring and a natural fit for the ultra-low-cost Zenni, which says it stands for the democratization of style.

“Iris is a flea market devotee and as happy in a dollar store as she is in vintage couture,” Ticknor adds. “She sees these amazing glasses as art objects and is a true collector. And yet it fits with our low price points, with some glasses starting at $6.95.”

Apfel isn’t the first celeb to team up with Zenni, which is based in Novato, California. It’s also collaborated recently with actress and producer Rashida Jones, designer Cynthia Rowley and the NFL’s George Kittle.