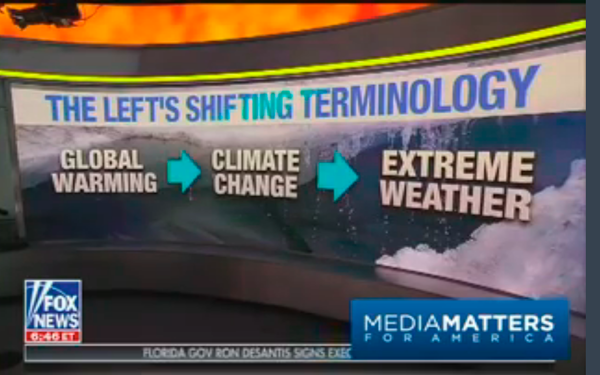 In a note to investors entitled “Fair and Balanced,” BMO Capital Markets’ Daniel Salmon maintained his price target for Fox’s shares at $37 each. At the time of the May 6th report, Fox’s shares were trading at $37.57. Do the math.

The jab shouldn’t be surprising, given that Fox News has been, as Salmon notes, “the anchor of Fox Corp.’s profitability,” but the timing of issuing the report just before the network was poised to pitch its biggest advertisers for next year’s ad deals -- well, do the math.

As for Fox News’ actual upfront pitch, it appears to be a mixed bag of mixed signals, soft-pedaling the fact that the overall news cycle has slowed down (thank goodness) following a half dozen years of intense nuttiness, fueled in good part, by Fox News itself.

On the one hand, Fox News said it plans to expand beyond politics, according to Variety’s Brian Steinberg, who goes on to quote Fox News sales chief Jeff Collins as saying: “We are in no way leaning back from politics. We are leaning into it.”

An even more scathing analysis of Fox News’ upfront comes from media watchdog Media Matters’s News Director John Whitehouse, who called the upfront pitch to advertisers “as dishonest as its programming.”

In it, Whitehouse bullets eight lies made by the network during its upfront pitch. I’ll spare you most of them, but I can’t resist sharing Whitehouse’s observation on one, a new Fox News weather service:

“Fox News is pitching advertisers on the idea of a Fox Weather product. The network has a long history of explicitly lying about climate change. And make no mistake, it’s still telling those lies today. Fox even mocks the term 'extreme weather'.”

But my biggest question is why advertisers and agencies of good conscience even entertain Fox News' upfront pitch, much less buy into it.

Whatever your politics are, if you put your money on Fox News, you are betting on a media outlet that has -- and continues to make -- its profits by churning up discord by reporting dishonestly. Yes, I know it's a brilliant ratings strategy by appealing to an alternative audience based on alternative realities, but if you sponsor it, you're complicit in it, too.

While speaking to one top agency media executive about that, he confided in me that at least one of his clients tolerates ad buys on Fox News, because it needs positive coverage by its sister network, Fox Business Channel. If true, that's a whole other level of complicity.

I just hope a year from now I'm no writing a similar opinion piece and asking why, much like the weather, everyone complains about Fox news, but nobody does anything about it.