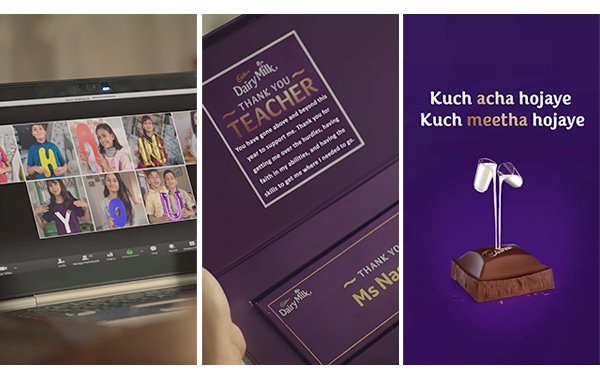 Mondelez rolled out a tribute to educators in a campaign called Teachers Ko Salam in Pakistan to communicate that while many things in the world may have stopped as a result of COVID-19, the country's teachers found a path to ensure learning goes on.

It is the first time a company in Pakistan has experimented with an advanced DMP solution like Oracle BlueKai and used second-party data to create lookalike audiences for a campaign, according to the companies.

The media agency, Brainchild Communications Pakistan (BCP), supported the campaign. It operates as a full-service agency in communication and media.

COVID-19 placed significant demands on teachers with the move to online education, and created stress in increased responsibilities and interactions with parents.

Mondelez created an online platform called Cadbury Generosity that allowed students to leave a heartfelt message on the Wall of Fame and send their teachers a personalized Cadbury Dairy Milk Gift Box to order.

Talha Hashim, the manager of media and consumer experience for Pakistan and Egypt at Mondelez Pakistan Limited, stated that while the company worked to create awareness about the role teachers played in helping parents and students in Pakistan transition into online learning, “we wanted students to also close the loop with kind words and gesture of appreciation.”

Google Display & Video 360 DV 360 offered the programmatic team at Brainchild opportunities to optimize the campaign using automated tools for reporting. The company applied test and learn model using descriptive and predictive analytics to make the most of audience data.

The Brainchild team leveraged a second-party database to provide an audience with high student affinity data sets, delivering highly relevant audiences. Using DV 360 for all the programmatic display buying, the team at Brainchild analyzed, adjusted, and pivoted the overall process.

The campaign required Brainchild to use first-party data from the Cadbury Generosity website along with second-party data from two largest publishers in Pakistan—Hamariweb and Urdupoint—along with Google DV 360 and Facebook pixels.

The data was sent to Oracle Bluekai for integration and then back to both DV 360 and Facebook media channels. The final step came in directing the qualified audience to the Cadbury site, the company explained.