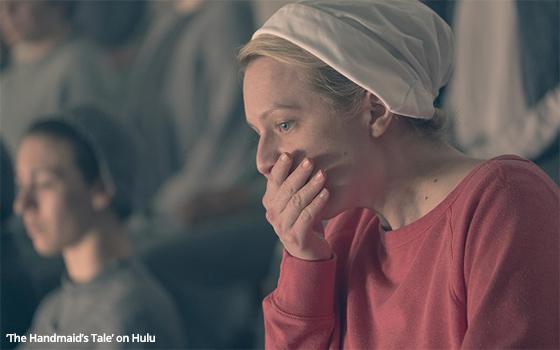 What is the value of video content? In the case of Amazon’s acquisition of MGM Studios, this particular motherlode is worth $8.45 billion.

That was the acquisition price announced jointly last week by Amazon and MGM. In the wake of the announcement, the deal was spun in the business news media as a dramatic stroke that will suddenly give Amazon a supply (or “tonnage,” if you will) of movies and TV shows that will greatly expand what it can offer to subscribers of Amazon Prime Video.

The spin is correct: Amazon will now own the James Bond and “Rocky” movies, TV shows such as “The Handmaid’s Tale” (pictured above) and “Fargo,” and hundreds of other TV and movie properties (including future TV productions and movie releases going forward).

Amazon apparently did this deal to beef up its content offerings so that its content menu would be more in line, size-wise, with its subscriber base, which Amazon claims now stands at more than 200 million global subscribers, on par with market-leader Netflix. Amazon announced this milestone in April.

So, why is achieving “content tonnage” (to coin a phrase) important in the big leagues of subscription streaming? Because even though a streaming service such as Amazon Prime, Netflix or Disney+ might seem as if they have more than enough content, the truth is, there is never really enough. The solution is to always be adding more.

One of the results of this situation is that today, any and all titles of anything from the past -- movies and television -- have an enhanced value that for those of us watching on the sidelines seems out of sync with how we remember them.

The joint press release from Amazon and MGM last week was full of such titles. Here is how the companies positioned those titles in the context of Amazon’s goals for them:

“MGM has a vast catalog with more than 4,000 films -- ‘12 Angry Men,’ ‘Basic Instinct,’ ‘Creed,’ ‘James Bond,’ ‘Legally Blonde,’ ‘Moonstruck,’ ‘Poltergeist,’ ‘Raging Bull,’ ‘Robocop,’ ‘Rocky,’ ‘[The] Silence of the Lambs,’ Stargate,’ ‘Thelma & Louise,’ ‘Tomb Raider,’ ‘The Magnificent Seven,’ ‘The Pink Panther,’ ‘The Thomas Crown Affair’ and many other icons -- as well as 17,000 TV shows -- including ‘Fargo,’ ‘The Handmaid’s Tale’ and ‘Vikings’ -- that have collectively won more than 180 Academy Awards and 100 Emmys,” said Mike Hopkins, senior vice president of Prime Video and Amazon Studios. “The real financial value behind this deal is the treasure trove of IP in the deep catalog that we plan to reimagine and develop together with MGM’s talented team. It’s very exciting and provides so many opportunities for high-quality story-telling.”

To learn more about MGM Studios and its content holdings, I visited the company’s corporate website. There, the company highlighted some of its properties under several categories -- “Featured Movies” (including the Aretha Franklin movie “Respect” and the upcoming James Bond movie “No Time to Die”), “Featured Scripted Television” (“The Handmaid’s Tale,” “Clarice,” “Get Shorty” and others), “Featured Unscripted Television” (“The Real Housewives of Beverly Hills,” “Botched” (the plastic surgery show on E!) and others; and “Featured Franchises.”

This last category listed eight titles that the company classifies as “franchises,” which implies a particular brand-familiarity and -potency in the marketplace: “James Bond,” “The Handmaid’s Tale,” “Rocky,” “Pink Panther,” “Vikings,” “Legally Blonde,” “Stargate” and “Robocop,”

With all due respect to all of the people who helped to produce these “franchise” titles over the years, plus the tons of money they have generated, when I read a list such as this one, I think: These are just a bunch of old movies and TV shows (with the possible exception of “The Handmaid’s Tale” since a new fifth season of the show is reportedly in the works).

Sure, the original “Rocky” movie spawned eight sequels, which is a lot. But with apologies to Mr. T (co-star of “Rocky III”), many of them are not exactly up to the standard set by the first one. However, to the people who own and operate streaming services, “Rocky” is a valuable “franchise.” So is “Legally Blonde” and “The Pink Panther,” apparently.

It just goes to show you that when observers of the TV and movie businesses say “content is king,” they are not kidding.