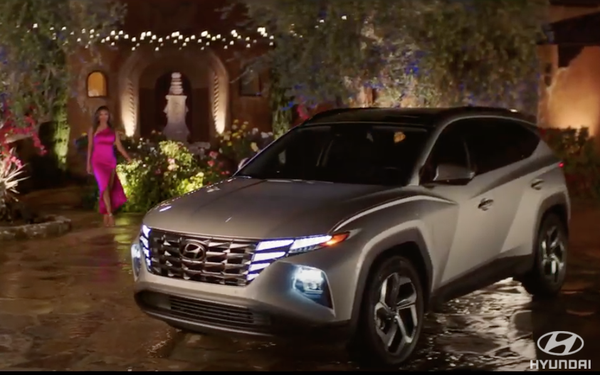 Hyundai Motor America and Disney have developed an original creative campaign for the 2022 Tucson.

The collaboration extends Hyundai’s “Question Everything” creative platform for the restyled Tucson with custom TV ads and digital content featuring talent and characters from "The Bachelorette," "black-ish," "SportsCenter" and Marvel.

There will be 12 TV spots of various lengths, with a total of 50 pieces of content with talent asking thought-provoking questions.

The campaign launched June 7 starting with The Bachelorette premiere on ABC. The custom content will run across linear TV, streaming, digital and social to promote the all-new Tucson. Additional content will be released in the coming weeks.

Disney is “the perfect partner for this massive execution,” says Angela Zepeda, CMO, Hyundai Motor America. She calls it “an unprecedented approach to reach billions of people in an engaging way.”