Absolut: For Both Drinks And People, #MixResponsibly 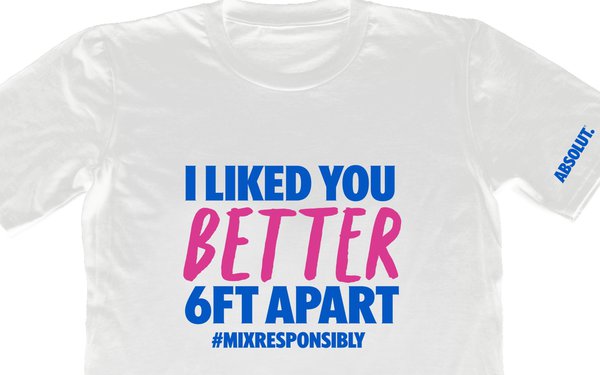 Mixing drinks may prove easier than mixing with people this post-pandemic summer.

So Pernot Ricard North America, marketer of Absolut vodka, has been encouraging people to #MixResponsibly in the latest iteration of the brand’s DrinkResponsibly umbrella.

"Before the pandemic, people were uncomfortable establishing and expressing boundaries with both those closest to them and strangers alike," said Pam Forbus, Pernod Ricard’s senior vice president, chief marketing officer, in a press release. "The last year and a half changed that, having forced people to draw lines in the sand, figuratively and literally.”

#MixResponsibly, Forbus said, “is meant to encourage continued communication of people's physical and emotional boundaries” in light of recent Absolut-backed research showing that 56% of Americans had not talked to friends about social distance expectations and that 47% of those planning “to go on in-person dates” this summer didn't expect to discuss such concerns in advance.

The latest #MixResponsibly wrinkle is a Summer Comeback Statements collection of shirts, tanks and bucket hats featuring such phrases as “I Liked You Better 6Ft Apart," “The Mix of My Choice” and “Ask Now Mix Later.” Developed in partnership with dating guru Serena Kerrigan (YouTube’s “Ask Serena”) and actress/singer Michaela Jaé (Mj) Rodriguez (‘Pose”), the 18 items sell for $20 to $25 each at moverandshakerco.com, with Absolut donating profits to the GLAAD organization for the LGBTQ+ community.

The apparel statements, Forbus said, “were created to help fans playfully, yet respectfully communicate their level of comfort when interacting with others. There is a lot of anticipation heading into this summer and it's important that people are able to openly share how they #MixResponsibly.”