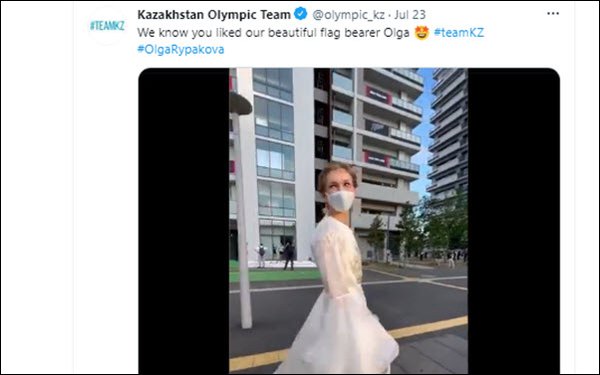 Overall global streaming time for the Tokyo Olympics’ opening ceremony on July 23 was up by 279% compared to the ceremony during 2018’s PyeongChang games, according to Conviva data.

Conviva’s customer base includes major publishers and aggregators (such as Hulu and Sling TV) that stream all over the world, with data gathered through sensor technology embedded in 3.3 billion streaming video apps. (On Monday, NBC released preliminary data showing the ceremony’s streaming viewership — as opposed to time-spent — for its sports app and NBCOlympics.com only, up 75% versus the 2018 games.)

Quality of streaming for the opening event also improved compared to 2018, with 35% fewer start failures, 7% less buffering and a 1% higher bitrate than average, Conviva reports.

Surprisingly, mobile phones and desktops outperformed connected TV devices, with 27% of viewing time each during the ceremony, to CTVs’ 23%. Smart TVs accounted for 14% of streaming time, tablets for 8%, and gaming consoles for 1%.

Social engagement for official national Olympics committee accounts jumped 970% during opening week as compared with the average for prior weeks, as they posted significantly more content. That overall spike included a 466% increase in engagement for the accounts’ posts, and a 358% increase for their videos.

While Twitter is typically thought of as a text-first platform, the Kazakhstan Olympic committee earned the highest engagement rate (25,627.4%) and most engagements (150,000) on any social platform with a video of its flag bearer, Olga Rypakova, on Twitter (screen grab shown above). As of 7 AM July 27, the video was showing 1.6 million views and 125,200 likes.

Team USA had 7.3 million followers as of the opening ceremony — more than double the next-closest national organization (Brazil, with 3 million).

Team USA accounts posted 73% more posts and 88% more videos across Facebook, Instagram, Twitter and YouTube the week the Olympics kicked off as compared to weeks prior. Its total engagements during that period were up 305%.

USA Basketball’s welcome to Tokyo for superstar Zach LaVine netted the most total engagements on Instagram and the most video views on Twitter of any Team USA opening ceremony social post (85,000). The team’s highest engagement rate, 19.1%, was generated by Olympic newcomers USA Skateboarding, for a tweet featuring them wearing matching outfits for the opening ceremony best.