The Itch To Travel: What Hotels And Airlines Can Do To Satisfy Demand 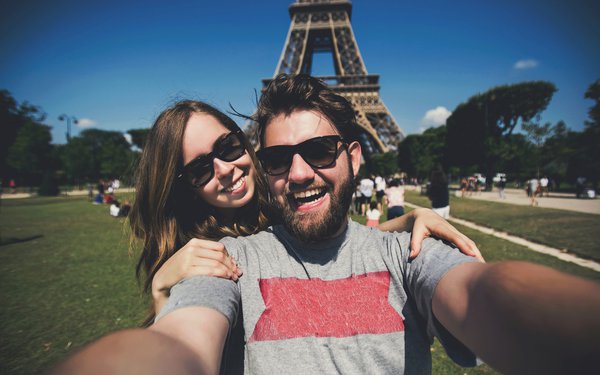 Email creatives working for travel brands must feel harried these days, judging by Content Matters As Travel Recovers, a study published this month by PhocusWire, in partnership with TINT by Filestack.

For one thing, travel is coming “out of its long winter,” the report’s author, Hollis Thomasases, writes. People are reserving hotel rooms and buying plane tickets, with social media playing a role. But you have to be flexible with the content you put out there. It starts with social.

Still, social works well with mobile, with 56% of U.S. travelers booking hotel rooms on their devices after being influenced by social channels. The numbers are similar in the UK and France, but lower in Germany and much higher throughout Asia.

In addition, 48% of travelers will purchase airline tickets via mobile based on influence in social.

The study encourages marketers to add user-generated content (UGC) as a tactic, especially in social. UGC can be used in a brand’s own social feed in a repurposed way, as Delta has done in its recent Iceland Twitter posts.

Or, it can also be utilized “on brand websites, in emails (especially loyalty program emails), on booking pages, and any format of visual or audio advertising,” the study says.

Increased use of UGC is being driven by platforms (i.e., social), mobile device/camera use and video, technology and brand desire to engage in more authentic ways.

Let’s say you want to have your own content shared. Start with destination photos/videos: 46% share these in the U.S., although that number is dwarfed by the 77% that do so in Indonesia and 72% in China.

In contrast, 37% will share lodging photos and videos, and numbers are also lower in other countries (Indonesia again leads the way with 67%, followed by China with 61%).

Email senders should know that response may falter if they fail to clarify certain points. For instance, 88% of U.S. travelers say it is of high importance to understand refund policies up front, while 88% say the same about cancellation/rebooking policies.

Other countries are pretty much in line with those percentages, with Spain hitting 92% in both cases.

The report does not state a sample size, but it appears to be over 700.