Evolution of UGC: From MTV To TikTok 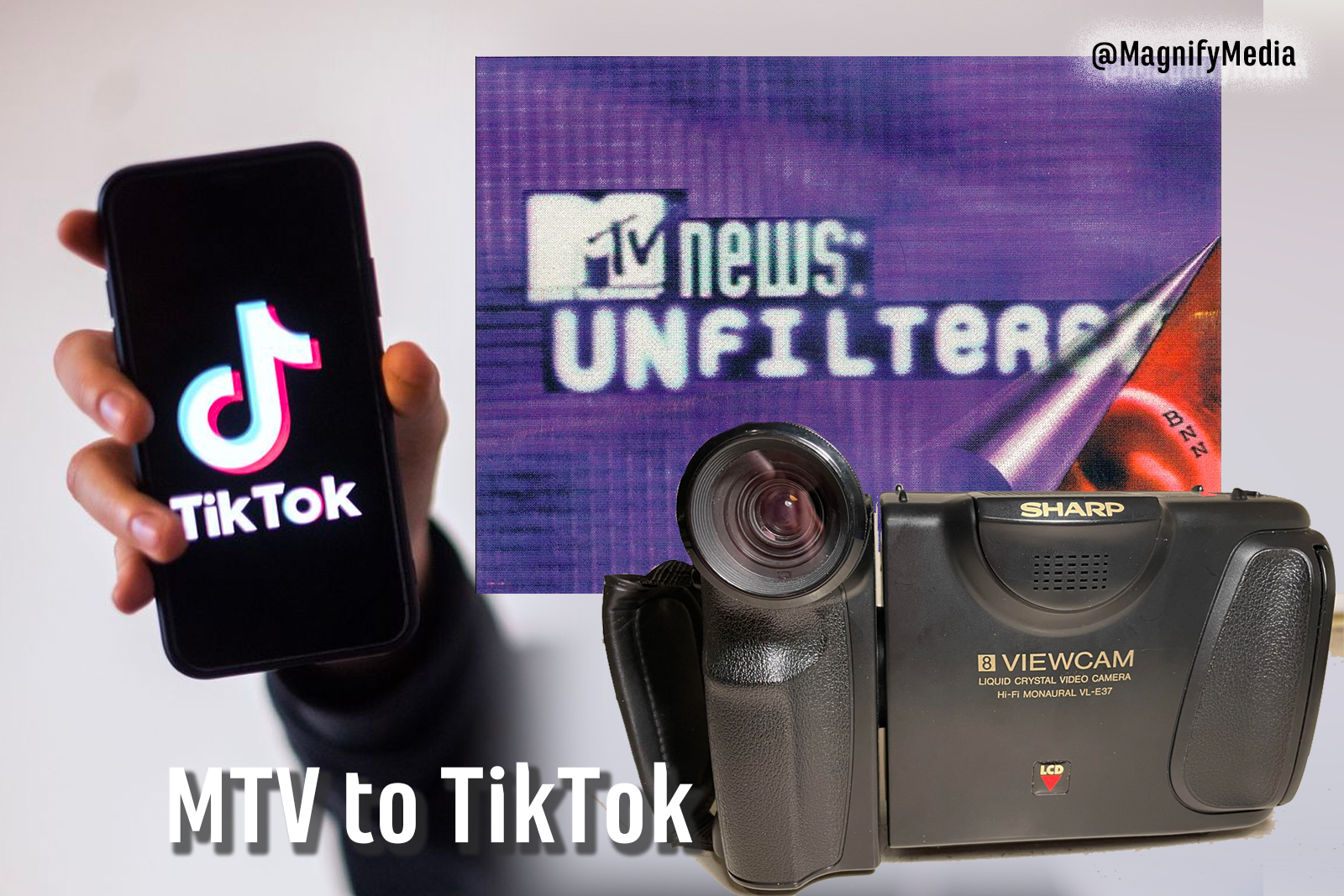 Technology has changed both how we tell stories and who gets to tell them.

I have two stories to tell, one about how UGC began, and a second about how its complexity continues to grow.

Let's start by setting the scene. Once, MTV was a cable channel that played music all the time.

One day I was at a local electronics store, and I saw what was the first handheld video camera with a reversible screen. It was called the Sharp Viewcam. A few months later, I was in the offices of MTV pitching them the idea that we could make a TV show shot entirely by the audience. They loved the idea, and “MTV News: Unfiltered” was born.

Kids would call an 800 number and pitch their stories. One of our producers would call them back and listen to their pitch. Then, if the story was green-lit, we'd FedEx them a camera. They'd record their story and return the tape. Our producers would watch it and then coax them to shoot a bit more, to answer questions, and make the story complete.

It was a tricky balance. We didn't tell them what their story was or how to tell it. We would never cross that line. But we did want it to make sense and have a beginning, middle and end.

It was the early days of consumers becoming creators with user-generated content. And the series tagline was genius: "This time, if it sucks, it's your fault."

How far have we come since then? Cell phones are now digital production studios. The instinct we had back at MTV that people would like to have the tools and network to tell their own stories was right -- but not brilliant. Who, given a choice, wouldn't want to share their unique POV and get their voice out to the world?

That’s the good news. The problem is that with almost limitless bandwidth and a big broadband pipe to upload content, we're faced with an overwhelming feed of unfiltered content.

That puts a new generation of platforms in a precarious position.

TikTok is available in over 150 countries, has over 1 billion users, and has been downloaded over 200 million times in the United States alone. TikTok users spend an average of 52 minutes per day on the platform.

Back at MTV, we had a call from a young woman who wanted to talk about her friend who had committed suicide. We debated how we could tell her story, she sent in a moving piece, we carefully edited it with her help, and we shared it. The process took weeks.

Today Gen Z is talking about suicide all the time. But the algorithm knows that's a dangerous world, one that’s flagged. So, Gen Z has developed a new word. They talk about “unaliving" themselves.

"If I ever find out my bf's celebrity crush is prettier than me, I will unalive myself,” is a typical post reported by the Daily Beast.

The #unalive hashtag has a shocking 10 million views, and #unaliveme has more than 1 million. Of course, the hashtag is all over the place. Posters include people who are in a mental hospital and those who are depressed. But there's also humor and people using "unalive" after some minor life crisis. Suicide would never be tolerated that way, but "unalive," or sometimes “sewer-side," is.

The phrase has become so much part of the lexicon that Etsy sells hoodies and stickers with the word "Unalive" printed on them as a joke. But is it funny?

Back when we produced “MTV: Unfiltered,” the stories were authentic, but the editorial review was careful and cautious.

The fact that now almost everyone has a camera in their hand and the ability to post it without human review has created a UGC crisis. The more shocking and salacious something is, the more views and shares it will get.

But mass attention is a dangerous drug and not one that is likely to go away anytime soon.