What's On The Mind Of LiveRamp President Warren Jenson? 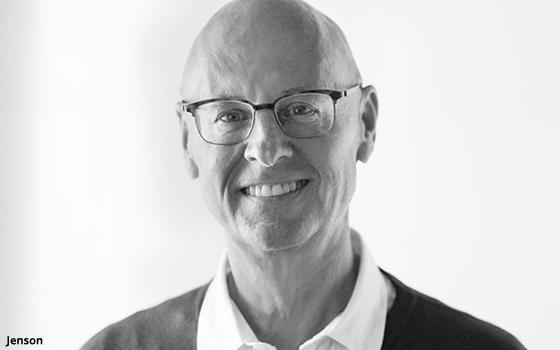 Data privacy is a complicated business these days, but some companies have managed to figure it out.

About 55 companies working with LiveRamp use Safe Haven. Some retailers use it to drive better in-store merchandising, while others use it to better target ads and services to consumers who want a better experience online.

A little more than a year after its official launch in March 2020, LiveRamp continues to experience major success based on its stance around data privacy. Built in Europe with General Data Protection Regulation (GDPR) in mind, the product has been in development for nearly five years.

Safe Haven took on about 200% more bookings in the past year, and 500% during the company’s Q1 2022 fiscal year, the company reported during its earnings call earlier this month.

Much of this can be attributed to Warren Jenson, president and CFO at LiveRamp. He runs the project and relies on his experience to improve it. As CFO, Jenson spent six years at Electronic Arts, three years at Amazon, one year at Delta Air Lines, and six years at NBC, and worked for years at other well-known companies as president.

In fact, he worked directly with legendary entrepreneur Jack Welch, and Amazon Founder Jeff Bezos. Janson’s career as CFO began while working with Welch at GE. “One day he came down to my office and asked if I’d like to become CFO at NBC,” Jenson says. “I said 'okay, I can do that,' but it almost killed me. That was my first foray into finance.”

During the last several decades, he has experienced a great deal of change in business, but still offers up many growth stories. Now he is attempting to create another growth story at LiveRamp.

“Things that came together in Safe Haven have bits and pieces of my career,” he says.

Safe Haven enables next-generation data partnerships to go across cloud servers to form data partnerships. The vision is to create data-sharing relationships between brands and their partners to deliver the best possible customer experiences. It creates a permission-controlled and privacy-first environment. Some of the concepts from this platform came from Jenson’s experience.

It’s somewhat similar to the concept of data clean rooms, but much more sophisticated, he said, because it is based on LiveRamp’s technology.

It allows retailers like Carrefour house their all their transaction data, and then partner with P&G or Mondelez to better serve all their customers.

“The airlines had an incredible need to merge before they could grow, but because of labor issues they didn’t,” he says. “They did the next best thing and launched a project called 'code share,' where companies would partner and store data in one place.”

For example, United Airlines shares its traffic code with Lufthansa. On United’s schedule, consumers can book flights through to Frankfort and then connect on Lufthansa to Munich. Code share worked for the consumer because it gave them more choices when traveling, and it also worked for the airlines, because sharing code optimized the airlines’ revenue by giving consumers better choices.

Safe Haven works similarly. “The second principle came out of my time at Amazon,” he says. “Data is the key to great customer experiences. It can come in the form of a barista at Starbucks knowing when I walk in, I want a double espresso.”

Amazon has a data relationship with about 70% of the American households, he said, and it sublimates it with third-party merchants to give consumers a better experience.

Jenson says the key is getting brands to work together to do what United and Lufthansa did.

The best piece of advice anyone has given him related to business is "truth and honesty -- always call it straight" in relationships, he says.