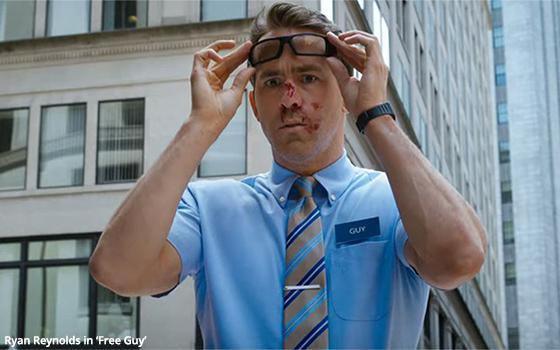 U.S. movie theaters narrowed their weekend box-office revenue losses this summer versus earlier in the year, when fewer theaters were open.

Since the Memorial Day weekend -- the traditional start of the summer movie season -- box-office revenue has seen a 54% drop in weekend revenue through mid-August versus the pre-pandemic summer 2019 period -- totaling $919.6 million. (It was $1.98 billion in 2019).

Much of the improvement comes with the rising number of U.S movie theaters in operation -- now at 86%, according to Comscore.

Another key measure -- that of the closely watched second-week performances of top movies -- has improved. For example, Walt Disney/20th Century Studio’s “Free Guy” only dipped 36% to $18.8 million in its second weekend from its debut first weekend of $28 million.

At the same time, movie studios' TV spending is down 19% versus two years ago.

So far this summer, movies' marketing spend for national TV advertising has come to an estimated $203.5 million, according to iSpot.tv. It was $252.4 million over a similar time period in 2019.

Most recently, national TV spend is also going to promote movies on media companies’ premium video streaming services -- films that appear at the same time or a few weeks after their openings in theaters.