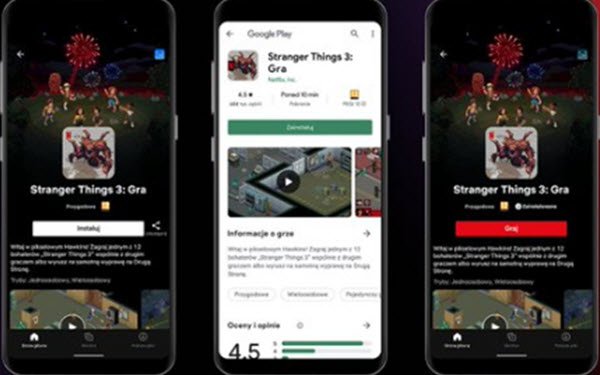 In a new tactic to help boost its streaming subscriptions, Netflix has released its first in-app games: two “Stranger Things”-themed offerings now accessible by its members in Poland.

Netflix Polska members “can try Netflix mobile gaming on Android with two games, Stranger Things: 1984 and Stranger Things 3,” Netflix Geeked posted. “It’s very, very early days and we’ve got a lot of work to do in the months ahead, but this is the first step.”

“This is a natural extension of [Netflix’s] content strategy, allowing it to mine intellectual property from popular shows like ‘Stranger Things,’” BI media analyst Geetha Ranganathan told Bloomberg at the time. “Though it may not generate much additional revenue, it will help deepen engagement and increase the service’s appeal and pricing power. Don’t expect this to be a turning point, but it shows that the company will explore new formats to increase time spent on the platform.”

Now, the games — being provided as a no-additional-cost value-add for Netflix subscribers — can be downloaded through in-app links that redirect users to the Google Play Store.

The games do not include ads or promotions for additional in-app software or products.

Subscribers can now access the games via in-app links that redirect them to the Google Play Store for downloading.