Want To Dial Down Your Sex Appeal? Try Axe Lite 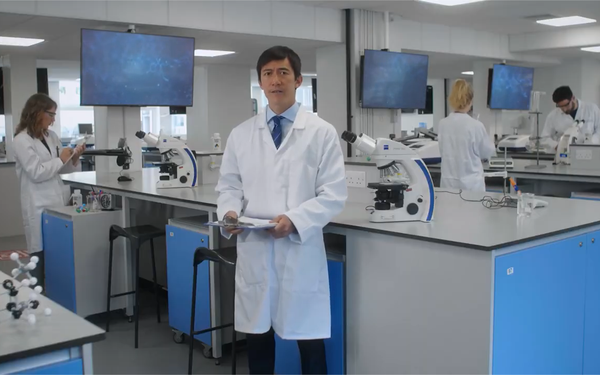 With in-person contact rising as the pandemic ebbs, Axe is promoting a new brand extension for those who don’t want to stun others with their virility: Axe Lite.

A new ad for the product features a scientist explaining that the “attraction coefficient” in the new deodorant formula is notched down by “39 to 42 percent.”

“In short, you’ll smell great, just slightly less irresistible,” says the scientist. “It’s the responsible thing to do,” as people emerge from the pandemic with pent-up urges to, well, you probably get the idea.

Bad news for those sold on the pitch: The product doesn’t appear to be real. But Axe’s ad appears to be the latest in a round of ads taking a humorous approach to post-pandemic normalcy that includes Extra’s “For When It’s Time,” and Shapermint’s “Get Dressed With Us,” among others.

The ad from Axe, via Mullen Lowe Group, appears to be a goof, but it’s a funny one. The pandemic is a serious subject, but after two years, the public may be craving some levity. For those who are ready to partake, Axe is as well.